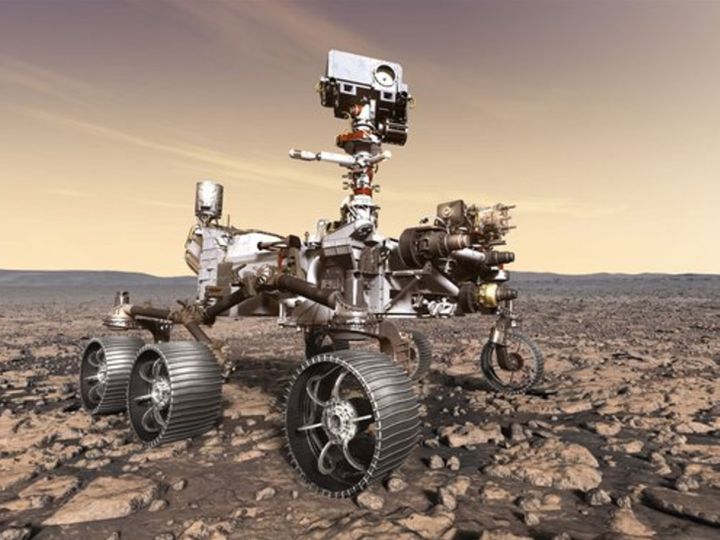 NASA’s Perceived Rover reached Mars last week. Audio and video of its landing have been revealed.

The US space agency NASA released the first audio recording of Mars. This 10 second audio clip has a very minor sound. According to NASA, it was caused by the pressure on the dust and soil present there after the landing of its Perception Rover. NASA has also released a video of the Perceiver’s Rover landing on the red planet. This rover made a landing on Mars on Thursday.

The microphone did not work after landing
Media reports quoted NASA as saying that its microphone abruptly stopped working on Thursday when Perceivers was landing on Mars. This is the reason why its audio during the landing could not be revealed. However, after this the microphone started working and now its first clip has been released by NASA.

Mission’s camera and microphone section engineer Dave Gruel said that in this 10-second clip, very slow and slight sounds can be heard, but in terms of research it is very valuable.

Video clip also released
In addition to audio, NASA has released a landing time (touch down) video. This video of 3 minutes 25 seconds has three frames. It shows how the rover landed. Heat shield and parachute are also seen. In this video, the happy moments of NASA staff are also compiled. NASA said- This is the first time in history when videos and pictures of landing on Mars have been taken. We have started studying them.

Rover in perfect condition
Jessica Samuels, mission manager of Perceivers, said – so far all things are what we wanted. It is working exactly as per our expectations. Now we will soon focus on the first flight of the helicopter that accompanies it. At the moment, initial preparations are being made.

What is the relation with the age of love: 75-year-old man...