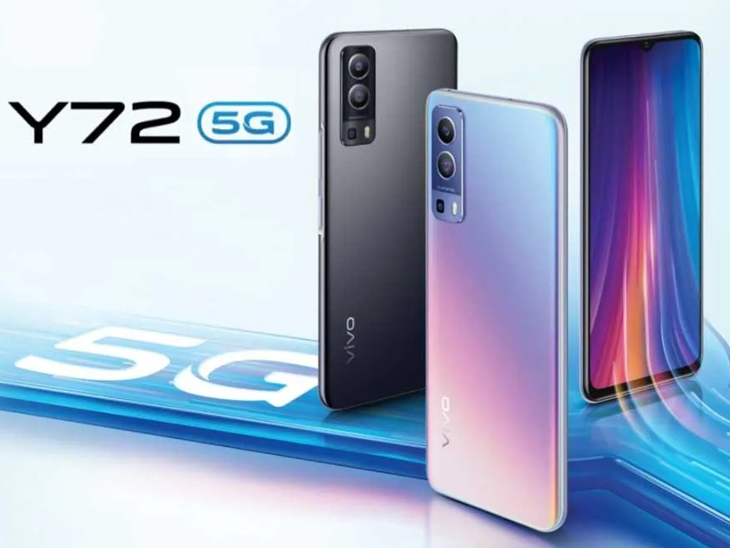 There are now many options for 5G smartphones in the Indian market. A name of Vivo Y72 5G has also been added to the list of these smartphones. The most important thing about this phone will be with the help of 4GB Extend RAM software with 8GB RAM. That is, in total you will get 12GB of RAM. What are the other features of this 5G smartphone? Know from its display, camera, storage, software, connectivity.

phone display
The phone has a 6.58-inch IPS LCD waterdrop display. Its resolution is 1080×2408 pixels. The refresh rate of the display is 90Hz. It supports HDR10. That is, it will be fun to play PUBG, Battle Ground India, Call of Duty Days online games. Its pixel-per-inch density is 401ppi. Very thin bezels have been given on three sides of the screen. The screen-to-body ratio is 84.2%. The front camera is fixed with the notch, which is in the center of the screen.

Processor, RAM and Storage
Qualcomm octa-core Snapdragon 480 5G processor has been given in this phone. Graphics Processing Unit (GPU) Adreno 619 has been given for better graphics in the phone. Both of these are paired with 8GB of RAM. The special thing is that these days Vivo has extended the RAM in the phone with the help of software. Due to which 4GB RAM extra will be available in it. In this way the phone gets 12GB of RAM. It will not work like physical RAM, but will make multitasking much better. The phone will also get 128GB of onboard storage. However, the option of installing a memory card is not available in the phone. Will be able to connect pen drive and portable hard disk to the phone.

smartphone price
Along with the smartphone, the company is offering a premium quality earphone with fast charger, silicone cover, SIM ejector pin, USB Type-C cable. The dimensions of this phone are 164.15×75.35×8.40mm and weight is 185.5 grams. At the same time, it can be bought in Prism Magic Blue and Slate Gray color options. The price of the smartphone is Rs 20,990.