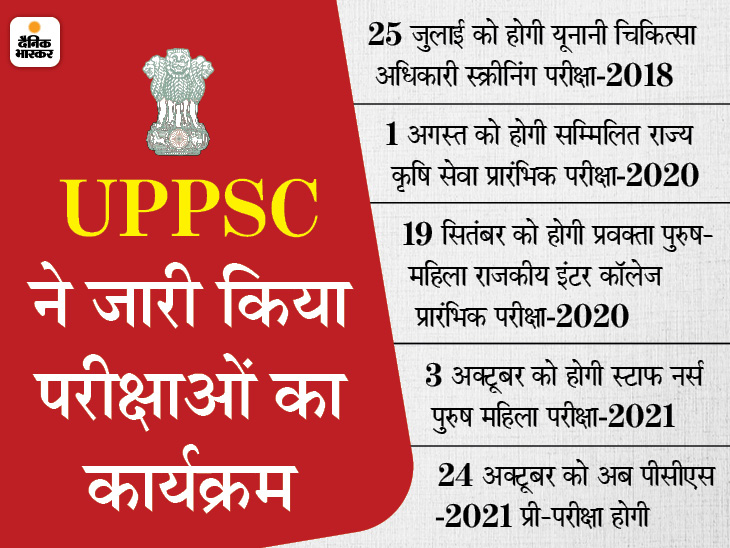 The commission has released the schedule of 14 recruitment examinations to be held from 25 July 2021 to 10 April 2022. The PCS-2021 Pre-Exam will now be held on October 24. UP Public Service Commission Controller of Examinations Arvind Kumar Mishra has released the revised exam calendar.

11 lakh contestants breathed a sigh of relief
Former Chairman of the Department of Philosophy, Allahabad University, Prof. Rishikant Pandey said that 11 lakh contestants facing unemployment in Uttar Pradesh will get relief from this. This effort of UP Public Service Commission is commendable. Unemployed youth are the most troubled in the Kovid period. They are worried about the future.

The release of the new recruitment exam calendar by the Public Service Commission will give impetus to lakhs of competitors preparing for it. Their mental anxiety and frustration will also reduce. It is to be known that there are 6.5 lakh applicants in the PCS exam alone. Apart from this, about four lakh people have applied for the RO-ARO exam. Competitors who have been waiting for the examination for the last one year have expressed their happiness. 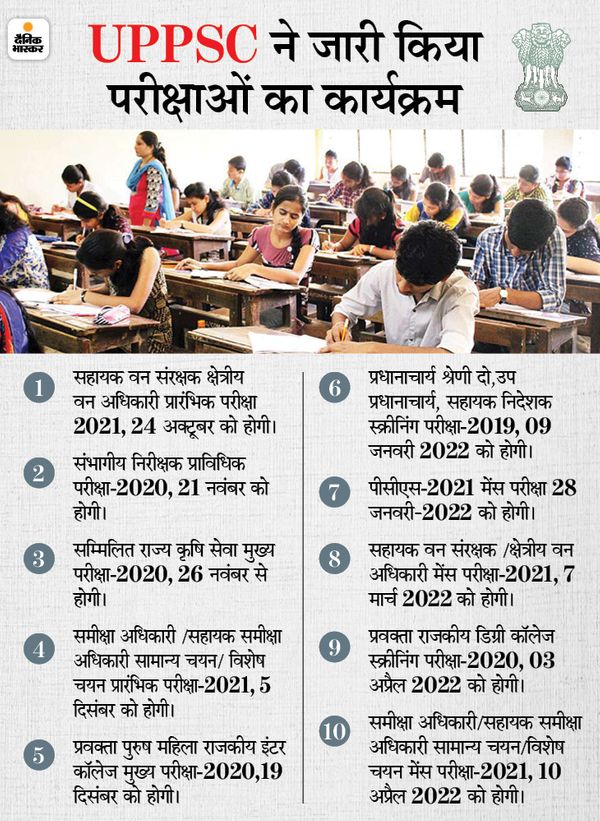 Now the final result will be available only in 22
Corruption Mukti Morcha President and competitive student Kaushal Singh said that the Public Service Commission completed the backlog of examinations stopped due to Kovid in the last year i.e. 2020 till March 2021. After this, the examinations had to be stopped due to the outbreak of Kovid again increasing. Now that the new exam calendar has been released, it will benefit the unemployed. However, the one who should have got the job this year will now have to wait till next year. Now the recruitment examinations will be finalized only in 2022.

AE exam calendar not released
The Uttar Pradesh Public Service Commission has released the exam calendar for the rest of the examinations, but the calendar for the Assistant Engineer exam has not been released yet. Around 800 posts of AE are vacant in the state. The reason behind this is being told the lack of subject expert. The commission will issue its calendar separately.

Sarkari Naukri: Apply for the recruitment of 3620 Medical Officer posts, June 25, the last date of application

AEN Competitive Exam 2018: Download Counseling Letter From Tomorrow; Counseling will be held from July 23 to 28, Corona report will have to...

CISCE 12th Marking Scheme: Marks will be decided on the basis...

Subham - 17 June 2021
CISCE Declares The Marking Scheme For Class 12th| Marks Will Be Decided On The Basis Of Academic Record Of Students For Six Years, Result...
Go to mobile version