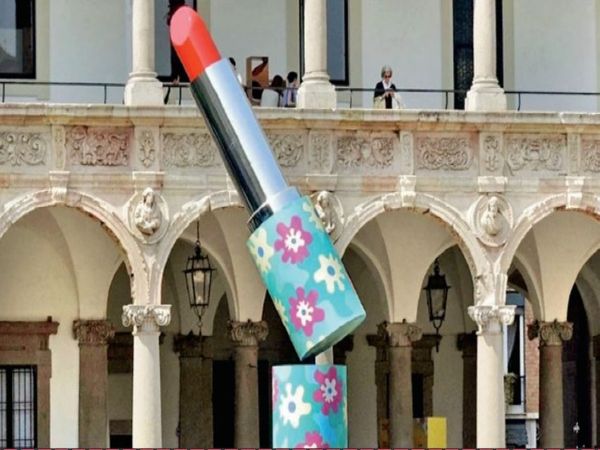 Companies located near Milan make up 55% of the world’s makeup.

Twenty years ago, Leonard Lauder, the heir of cosmetics company Estée Lauder, said that amid the economic crisis, consumers like to spend on small hobbies. He called it the lipstick effect. But, during the epidemic in Italy’s Lipstick Valley, there was a shortage of buyers. It makes up 55% of the world’s eye shadow, mascara, face powder, lipstick and beauty products. Sales to Italian makeup makers were down 13% last year. Now this market is catching on.

Dario Ferrari of Intercos, the world’s largest contract make-up company, says people will be eager to shop when masks are removed from their faces in June. Companies in Lipstick Valley will also benefit from two other long-running trends—image-conscious Asian shoppers and makeup brands directly connected to the consumer.

A new industrial area has emerged in the medieval city of Crema (Lipstick Valley), not far from Milan. According to Intesa Senpavlo Bank, about 350 cosmetics companies were formed here between 2012 and 2017. Although France produces more cosmetics including skin care and body lotion, Italy has carved a niche in makeup.

There are more than a thousand companies in the makeup sector in Lipstick Valley. Their annual turnover is more than one lakh crore rupees. Ferrari is confident that his company will soon make up for the fall. Sales in March were higher than in 2019 before the pandemic.

Social media and digital reach have diversified the beauty business, says Luca Solca, a broker at The Bernstein Company. Ferrari has its eyes on Asia. Investment bank Goldman Sox expects cosmetics sales to double to Rs 10.71 lakh crore between 2019 and 2025 in China alone.