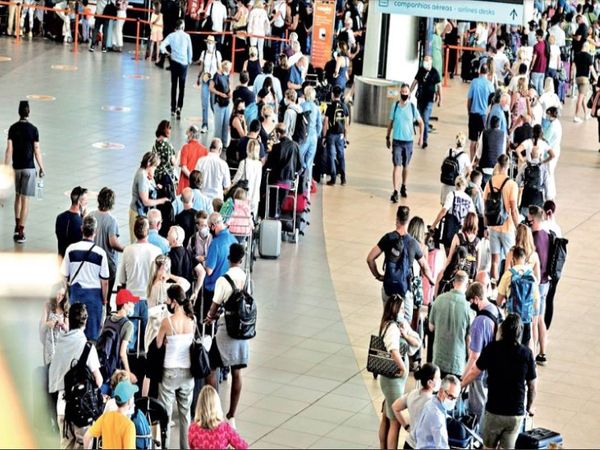 The picture is of Faro Airport in Portugal, crowds of people returning to Britain are gathering here.

In this era of Corona, two pictures came out from Europe, where on one hand the weekly cases of Corona in Portugal have increased by 16% and deaths by 85%, due to which Britain has excluded Portugal from the Quarantine Free Travel List, in view of which people are now 3 Returning to Britain by paying a lot of money, the situation is that the number of people returning to Britain is so much that people are getting 8-8 hours of waiting, while on the other hand, after being unlocked, the cases of corona are increasing again every day in Britain. But the citizens here do not want the lockdown again, so there is a competition among British citizens to get the vaccine.

Portugal out of quarantine free travel list; People returning to Britain by paying 3 times the money, waiting for 8-8 hours 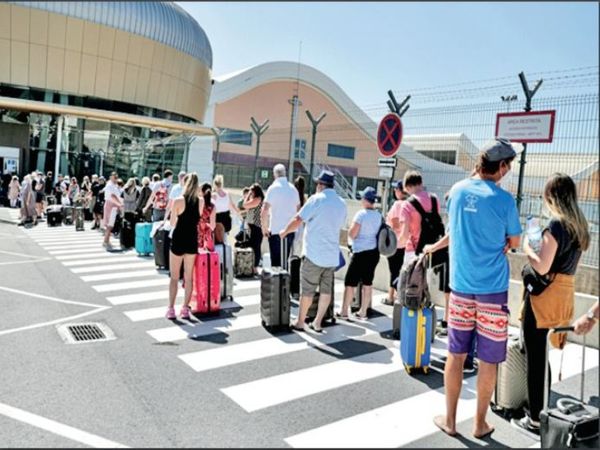 The picture is of Faro Airport in Portugal. Crowds of people returning to Britain are gathering here. In fact, in Portugal, with a population of 1.05 crore, weekly cases of corona have increased by 16% and deaths by 85%. Due to this, Britain has excluded him from the Quarantine Free Travel List. That is, those arriving from Portugal to Britain will now have to remain quarantined for 14 days.

This rule will come into effect from Tuesday. In such a situation, there has been a competition among the British citizens who came to celebrate the holidays. Alam is that British passengers have to wait 8-8 hours at the airport. Ajibeth, 59, told that she had bought a ticket for Rs 53 thousand, which was available for 18 thousand rupees.

People do not want lockdown to be imposed, so there is a competition among British citizens to get the vaccine 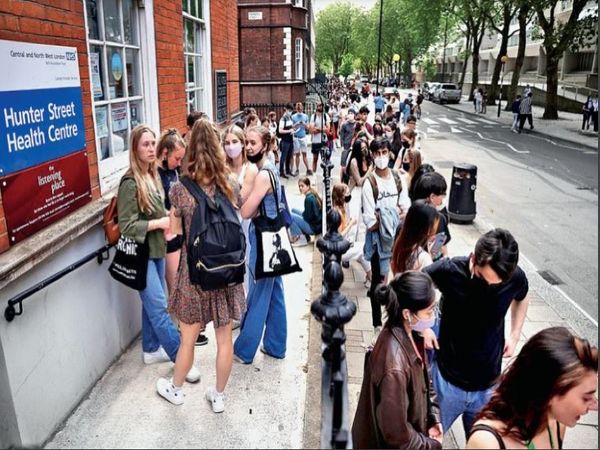 Corona cases have started increasing in Britain after two and a half months. On Monday, an increase of 49 percent has been registered in the weekly cases of corona here. Experts believe that the cases are increasing rapidly due to the delta variant. If the case increases further, then the exemption given in the lockdown on June 21 can be extended.

Hazara tribes in danger within Afghanistan: Schools or playgrounds, Hazaras are...

Nitish - 14 June 2021
Kabul7 hours agocopy linkThis was the fourth bus in Kabul to be blown up in the last 48 hours. 18 people were killed...
Go to mobile version