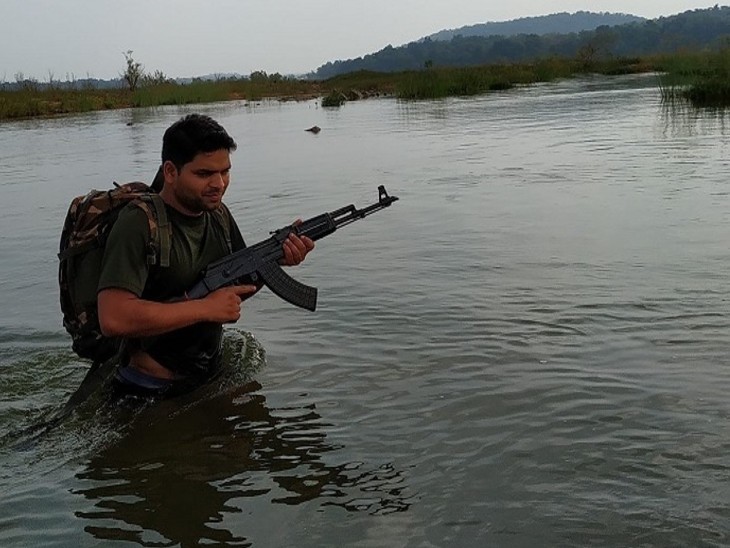 This photo is from Bijapur.

On Saturday, Maoists surrounded CRPF and 700 policemen and attacked them in Bijapur, Bastar. These included Sub-Inspector Deepak and his team of Chhattisgarh Police. Deepak without worrying himself started to get his comrades safe from firing. During this time there was a blast near him and he was martyred.

This story of a major attack by Naxalites is told by a jawan present there to Dainik Bhaskar. He said that the Naxalites suddenly started firing heavily on us. Some of our companions were injured. We had kept the injured in the middle and made a circle outside and started responding to the Naxalites with bullets. Deepak saheb was constantly evacuating all of us from heavy firing. They got caught in the IED blast, saving the lives of 4 to 5 soldiers. This killed him. 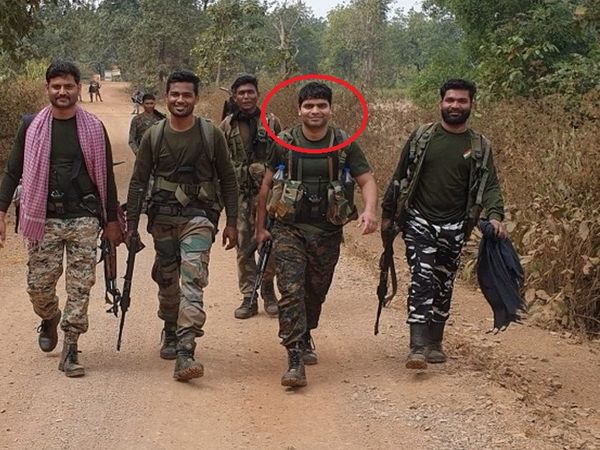 There was a risk of firing and blast anywhere during the search, but Deepak was seen smiling with his companions.

Was admitted to police in 2013
Even after heavy firing and being surrounded by Naxalites, the courage of Sub Inspector Deepak of Chhattisgarh Police remained with him. They continued to help the soldiers fighting bravely. Deepak was a resident of Pihrid in Janjgir district. In the past, he had entered into the den of Naxalites and conducted several operations against them.

Born on 6 September 1990, Deepak joined the Police Force on 16 September 2013. His deployment was in Bijapur. He had gone out with fellow jawans on a search in the interiors of Tarrem at the input of the Naxalite mob. 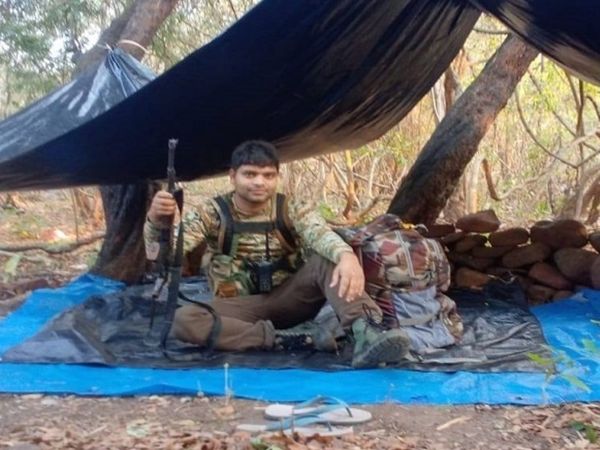 Deepak had adapted himself to the ways of the forest. He often taught his colleagues to be positive in difficult situations.

Father kept searching for son, dead body found in a distant village
Deepak was leading his team in an encounter with Naxalites. When the soldiers returned after firing, it was found that some of the companions, including Deepak, were missing. Deepak’s family members were also given this information. His father Radhelal Bhardwaj and mother Parmeshwari immediately left for Bijapur. Deepak did not know anything till noon. When the backup tip reached the Jivnaguda area of ​​Tarrem police station area, the dead body of Deepak was found near a tree.

Had called before Holi, said- I am very busy right now
Deepak’s father clung to the body of the son. The tears flowing from the eyes did not stop for even a moment. The soldiers involved in the encounter kept encouraging him, but he also knew that the pain of the father was nothing in front of his comfort. After a long time Deepak’s father Radhelal spoke to the police officers of Janjgir.

He said on the phone that he had spoken to the son before Holi. Said he is very busy right now, so he is not talking. My son was very good sir, I was devastated. My son is no more. Naxalites killed him. I do not understand anything Sir .. At first it seems dark and dark, I will not be able to talk to you much sir. 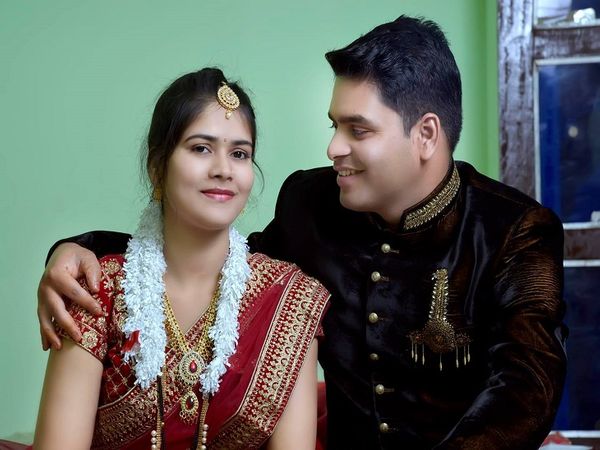 Deepak was married in 2019. He was also a good player of basketball.

Were smart in studies, leading the field
The soldiers, who were stationed at the front with Deepak, said that even after the forest was in a difficult situation, we always saw Deepak laughing and smiling. Many times during search, the lamp lighted the atmosphere by singing lamp songs while walking for miles.

He was a smart student during school time. He studied from Navodaya Vidyalaya Malhar from 6th to 12th. Rahul Bhardwaj, who studied with him, said that Deepak’s focus was also on sports and singing. He was a good player of basketball. He played the national level competition at the school level. Deepak was married in 2019.

Fearful of pilgrims returning from Mahakumbh: 5 states including Delhi issued...