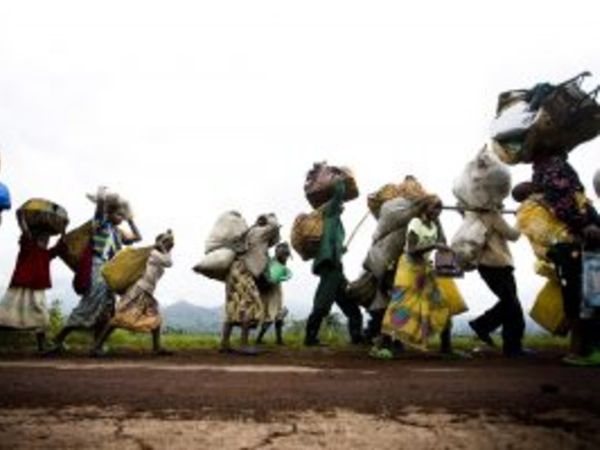 According to which the migration of Hindus from Bangladesh to India is going to be the same, then after 25 years, not a single Hindu will be left there. (File photo)

The situation of Hindus in Bangladesh is getting worse. From there the migration of Hindus to India is still going on. According to the way their migration is going to happen, if after 25 years, not a single Hindu will be left in Bangladesh. This has been claimed in the latest report by the Center for Democracy Pluralism and Human Rights (CDPHR).

The CDPHR has prepared this report on human rights in Pakistan, Bangladesh, Afghanistan, Malaysia, Indonesia, Sri Lanka and Tibet. This report has been prepared by a group of academics, lawyers, judges, media persons and researchers. According to this, a report by Professor Abdul Barkat of Dhaka University claimed that over 2.3 lakh people have been migrating from Bangladesh every year in the last 4 decades.

Hindu-Sikh population remains 2.5% in Pak: In Pakistan, along with Hindus, Sikh and Christian minorities also face challenges. Religious minorities living in Pakistan is nothing short of fighting the war. There are plenty of incidents of kidnapping, rape, forced conversions etc. with young women of Hindu, Sikh and Christianity.

Pakistan has a population of 21 crores. At the time of partition, the population of Hindu-Sikhs had to be 3.5 crore, based on the religious demographic percentage. Which has been reduced to 50-60 lakhs. Most Hindu-Sikhs either embraced or migrated to Islam after suffering persecution and who protested, were killed. On the other hand, Hindus are now on the verge of extinction in Afghanistan. Their human rights have been abolished.

There were about 7 lakh Hindu-Sikhs in the country in 1970, now only 200 Hindu families are left. The situation is more or less the same in Tibet. China has put a lot of restrictions. It is also trying to eradicate social, religious, cultural and linguistic identity. Hindus constitute 6.4% of the population in Malaysia. But, Hindus do not have the same rights as Muslims here.

On the other hand, in the last few years in Indonesia, fanaticism has increased on the basis of religion and now minorities are being targeted. Hindus are on target in large numbers. The situation of religious minorities in Sri Lanka is also worrying.

Indian-American leader Tulsi Gabbard has expressed anger over the attacks on Hindus in Bangladesh. Gabbard said that there have been atrocities on Hindus for 50 years. The Pak army killed, raped and drove away millions of Bengali Hindus in 1971. In Dhaka University, 5 to 10 thousand people were killed in just one night. Even after Bangladesh’s independence, atrocities on Hindus have not stopped.

The biggest market for illegal weapons in Pakistan: Pass from AK-47...

Nitish - 11 April 2021
Hindi newsInternationalTake The Name From AK 47 To Anti Aircraft Gun, Everyone Will Be Found In The Adamkhel, Weapons Of Every Country Get Duplicated.Troubled...
Go to mobile version