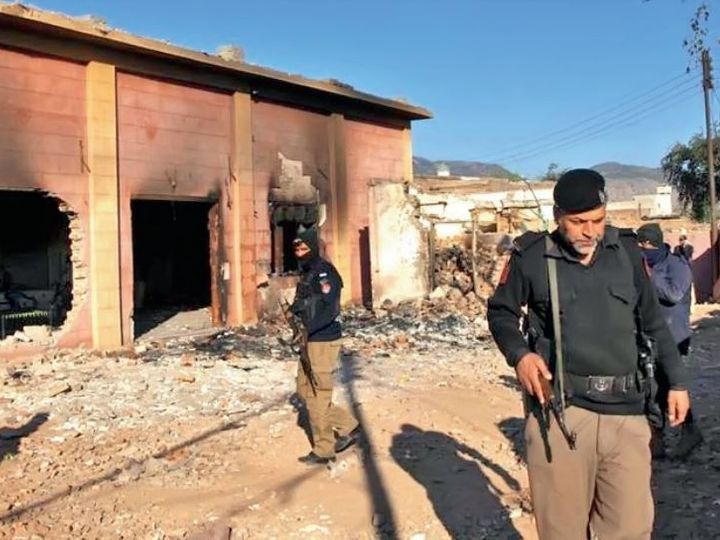 The condition of Hindu minorities and their religious places in Pakistan is dismal.

A report has come out highlighting the plight of Hindu minorities and their shrines in Pakistan, stating that the condition of the major sites of Hinduism in the country is dismal. The report laments that the AWQ Trust Property Board (ETPB), which oversees Hindu and Sikh shrines in Pakistan, has failed to take care of most of the ancient and sacred sites of the minority community.

Pakistan’s leading newspaper Don News said in its report on Monday that the report was submitted by the one-member Dr. Shoaib Sudal Commission on February 5, which was constituted by the Pak Supreme Court. According to the report, according to the ETPB, only 13 of the 365 temples are managed by them. While the responsibility of maintaining 65 temples is left to the Hindu community.

This means that 287 temples have been left for the acquisition of land mafias. The Commission has told the Supreme Court that on 6 and 7 January, the Commission visited Katas Raj Temple in Chakwal, Chakwal and Prahlad Temple in Multan respectively.

The report also showed pictures of the worst condition of 2 of the 4 most recognized sites in Pakistan. The Commission has also made two important suggestions. First, a working group should be formed for the rehabilitation of the holy shrines of minority communities. Second- Instructions should be given to the ETPB to renovate the uninhabited Terry temple / samadhi in Khyber Pakhtunkhwa province.

Group should be formed for rehabilitation of religious places
The commission in the report has demanded the court to set up a working group to rehabilitate the holy shrines of both minority communities. Also surprisingly, it has been said that even in this era of technology, ETPB has not yet been able to get geo tagging of its assets.