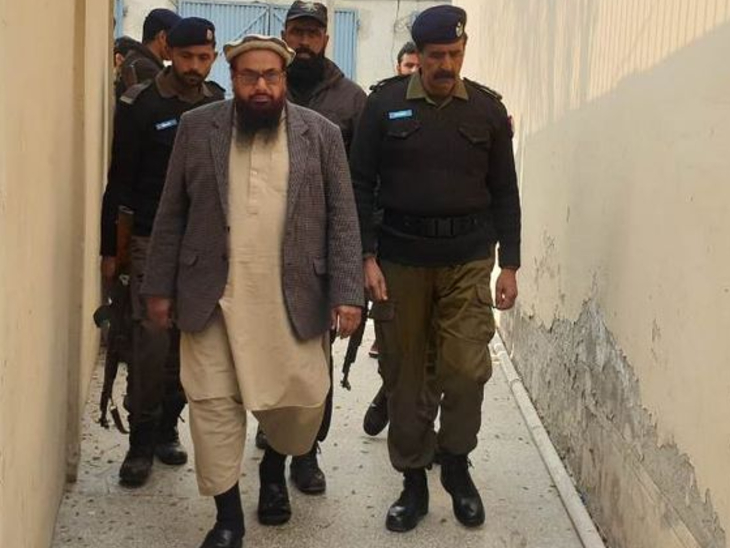 Hafiz Saeed is the main accused in the 2008 Mumbai terror attack. 166 people died in it. (File photo)

The National Investigation Agency (NIA) court in Delhi has issued a non-bailable warrant against Lashkar-e-Taiba chief and Hafiz Saeed, the mastermind of the 26/11 Mumbai attack. According to the news agency, the court has taken this decision against 3 others, including Hafiz, on charges of ED in a money laundering case related to Terror funding in Jammu and Kashmir.

Hafiz is currently lodged in a Pakistani jail. He is the main accused in the terrorist attack in Mumbai. 166 people died in it. A warrant has also been issued against 3 people close to Hafiz in this case.

Hafiz partner in Terror funding case in Jammu and Kashmir

In Pakistan, too, Hafiz Saeed’s operatives screwed over a Pakistani Anti-Terrorism Court last month sentenced Hafiz Saeed, the leader of terrorist organization Jamaat-ud-Dawa, to 10 years imprisonment in an illegal funding case. Two more accused along with Saeed Prof. Zafar Iqbal and Yahya Mujahid were sentenced to prison terms of 5-5 years in two cases and 6 months in the second case. He was also fined Rs 1,10,000. All movable and immovable property was confiscated.

Hafiz spreading terror under the pretext of charity
Hafiz Saeed is the founder of Lashkar-e-Taiba. After the September 11, 2001 attack on the US World Trade Center, the US included this organization in the list of foreign terrorist organizations. Lashkar was also banned by the Government of Pakistan in 2002. After that Hafiz Saeed formed the new organization Jamaat-ud-Dawa. Now he collects money for terror by calling this organization a charity. This money is used to spread terror.

Spotify announcement: Employees will get complete freedom to work from anywhere,...