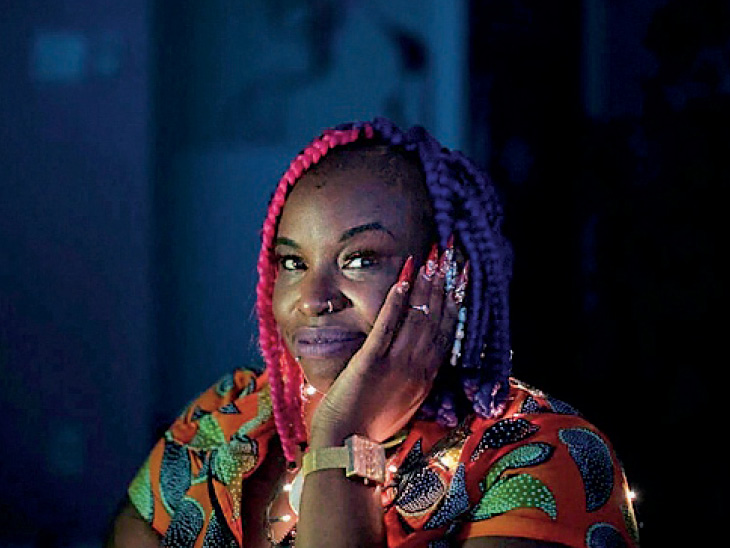 Joyce Fernandes of Brazil used to read books while cleaning the book shelf.

Joyce Fernandes was the third generation maid of her family. She used to take care of housekeeping and cleaning in an apartment. Joyce used to clean the book-shelf for hours. Meanwhile, Joyce saw a book called ‘Olga: Revolutionary and Martyr’ which she started reading.

Joyce read that book only after the owner had gone out. He feared that if the owner saw him growing the book, he would be fired. But one day his master read the book. He called and praised Joyce. Then inspired to read books. Joyce began reading books.

Enrolled in college and in 2012 he earned a degree. Joyce then wrote a book on the lives of maids, which became a topic of discussion in Brazil. Joyce hosted some programs on TV. Here he spoke on issues such as maids and racism. Then raised his voice through art and became a rapper. At the same time, Joyce Fernandes has become a Brazilian star. People known her as Prata Rara i.e. the unique black woman.

The landlord used to give only the remaining food

35-year-old Jais says- ‘In the houses where she worked as a maid, only the remaining food was given to her to eat. The use of the bathroom was also banned. Used to enter the house by washing feet. Torture was done in case of loss. It was not just his story, but it was mostly the condition of the meds. However, it was a privilege to meet a generous owner at that time.

JEE Main 2021 starting tomorrow: self-declaration of non-cavid will be given at center, scribes will have to be taken along with Divyang candidates

Schools again closed: all schools in Pune closed again till 28 February due to Corona; studies will continue through online classes

Colleges to be unlocked: colleges and universities to be opened in...

Subham - 13 February 2021
Hindi newsCareerColleges and Universities will Reopen in Uttar Pradesh from February 15, The State Government Issued Guidelines to Open the Institute with Full CapacityFed...
Go to mobile version