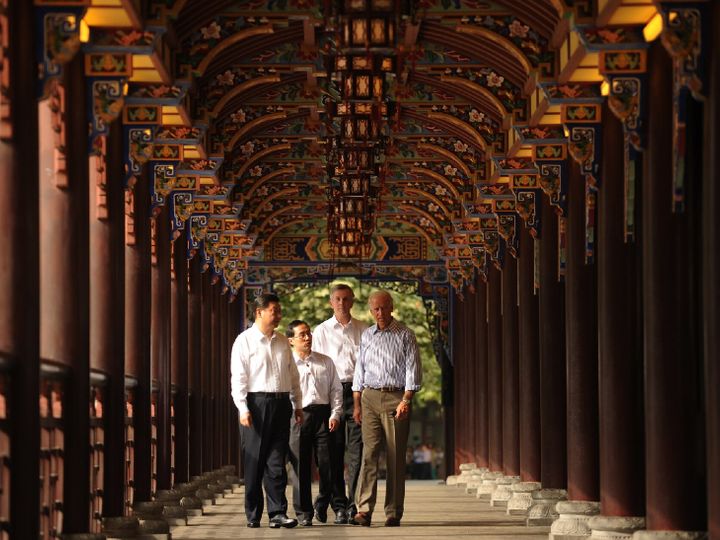 The photo is from 2011. Barack Obama was then President and Joe Biden as Vice President. When Biden visited China, Jinping himself took him on a trip to Chengdu.

On Thursday, 22 days after taking the oath of US President, Joe Biden spoke to Chinese President Xi Jinping over the phone. According to Biden, the two leaders met for two consecutive hours. During this time many issues were discussed. Biden said on Thursday – We cannot follow China’s policy. They want to eat our lunch. This statement of the US President means that China now wants to take away America’s rights.

According to the US media, Biden’s attitude during the long talks between the two leaders was stern. During this period, many such issues arose which cause problems to China.

There is no such long face to face conversation
Disputes have been going on between the US and China on many issues for a long time. When Biden was Vice President in 2011, he visited China. Then he said in Beijing – China has to take care of American interests. We can be good friends only when taking care of each other’s interests.

Now Biden is president. According to the US media reports – American presidents usually do not meet any other leader for more than an hour. In such a situation, two hours of phone conversation with Jinping means that there are serious issues between the two countries. It was more than a curtsey call.

Biden raised the same issues that Jinping had trouble with
Climate change, economy, Hong Kong, Uyghur Muslim and trade war – these are all issues on which Biden and Jinping discussed. According to media reports, Biden made it clear that China cannot run the world on its own. He has to follow the rules. It cannot threaten or take action against neighbors or small countries. Biden had made it clear during the campaign that China would be put under control and it would be expedited. There is also one thing that Biden gave more attention to India than China. He spoke to Modi before Jinping.

Intentions too clear
Bide has formed two special task forces after coming to government. First- on coronavirus, second- on China. It is also special that the task force on China has only the Defense Department Pentagon officials. This directly means that Biden will no longer give China a chance to show strength or bullying in any region.

Biden’s intentions are also reflected in his decisions. Last week, Biden deployed America’s most dangerous warship and aircraft carrier Theodore Roosevelt in the South China Sea. Here China was trying to threaten Taiwan and the Philippines.

The White House also said on Thursday that the US will no longer tolerate China’s moves under any circumstances. All necessary preparations are being made for this.

No Flame, Ice Faced: Ice Volcanoes emerged in Kazakhstan, due to...