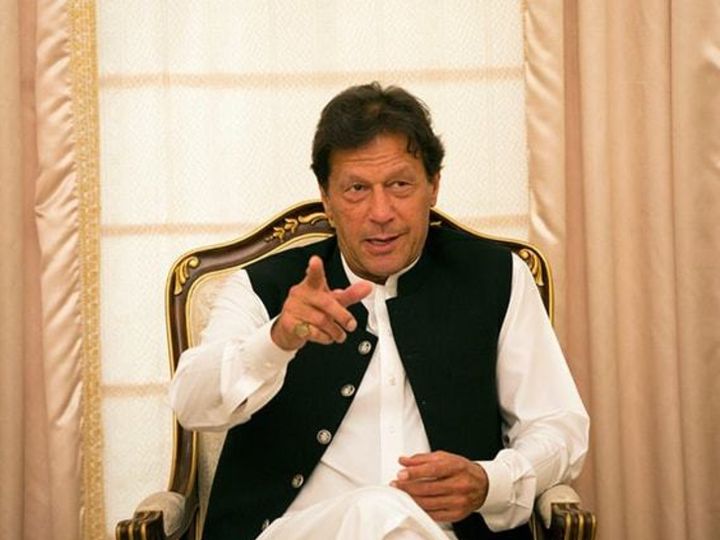 Imran Khan will arrive in Sri Lanka for a two-day tour on 22 February. However, now he will not be able to give a speech in the Parliament there. The Sri Lankan government has removed this schedule from the schedule. (File)

Pakistan Prime Minister Imran Khan is going on a two-day Sri Lanka tour on 22 February. Earlier, his schedule also included giving speeches in the Parliament there, but at the last moment the Sri Lankan government canceled the program of address to Parliament. According to media reports, the Gotabaya Rajapaksa government fears that Imran may raise a sensitive issue like Kashmir during his speech and this could lead to tension in India-Sri Lanka relations.

Sri Lanka and India have historical ties. During the epidemic, India first sent medicines to this neighboring country and later also sent 5 lakh vaccine doses. In such a situation, the government of President Gotabaya Rajapaksa and Prime Minister Mahinda Rajapaksa does not want to spoil relations with India.

Important decision five days ago
After becoming the Prime Minister, Imran is visiting Sri Lanka for the first time. Here he will meet the President and the Prime Minister. According to the old schedule, Imran was scheduled to deliver a speech in the Sri Lankan parliament. Now this program has been canceled. According to media reports, the Sri Lankan government fears that the Prime Minister of Pakistan could have referred to a sensitive issue like Kashmir in the speech and this could have caused controversy. Therefore, the program of speech in Imran’s Parliament has been canceled.

Kashmir issue was also raised in SAARC summit
The Prime Minister of Pakistan and his ministers have been raising the issue of Kashmir in almost every international forum. Last year India convened a virtual meeting of SAARC countries. The agenda of the meeting was the situation arising out of the coronavirus and mutual cooperation to deal with it, but in this also Imran’s minister started to sing the Kashmir raga.

The last leader to address the Sri Lankan Parliament was the President of India, Narendra Modi. In 2015, he addressed the Parliament of this neighboring country. The Sri Lankan government had recently canceled a port project under pressure from trade unions and the opposition. India, Japan and Sri Lanka were to complete this project together.

The situation worsened in Myanmar: the army opened fire on those...