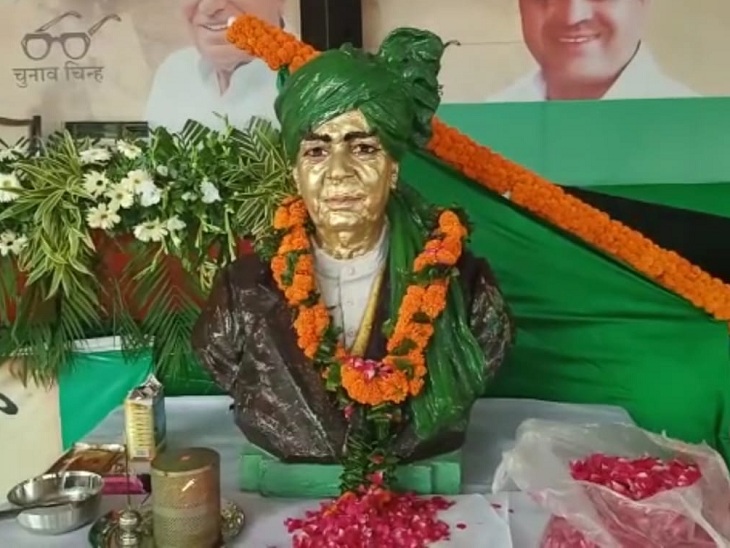 On the occasion of the 108th birth anniversary of former Deputy Prime Minister of the country, Chaudhary Devi Lal, INLD demonstrated strength by organizing an honor day function. This honor day rally of INLD was held in New Anaj Mandi of Jind, in which 9 veteran anti-BJP leaders of the country shared the stage with Om Prakash Chautala. The rally’s pandal was built in 6 acres, with 5 stages. One for the farmers, one for the players and the rest 3 for the leaders. Seating arrangements were made for about 1.25 lakh people in the pandal. See the different colors of INLD’s Maharally in pictures…

The punishment pandal for the INLD rally at Anaj Mandi, Jind looked like this.

Huge Rangoli made at the entrance of the pandal for the Maharally.

The influx of women gathered in the Maharally.

Separate seating arrangements were made for men and women in the Maharally.

People reached to listen to veteran leaders in Maharally.

Singers called in the rally to glorify the party and entertain the visitors.