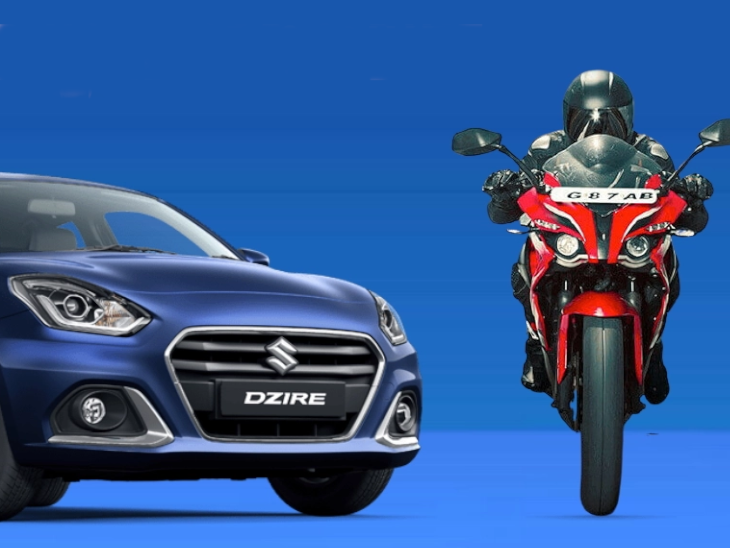 According to Droom’s annual Automobile Industry Trend Report 2020, the best-selling car in the second-hand market was the Maruti Suzuki Dzire, while the best-selling motorcycle was the Bajaj Pulsar. According to the report, the average selling price of the used car stood at Rs 8,38,827 compared to Rs 47,869 for the motorcycle.

Average ownership was 67 months for used cars and 77 months for motorcycles. The report also stated that 65% of the cars were diesel and 34% were petrol, only 1% of the cars were CNG. The report revealed that the demand for cars with automatic transmission was high, with 63% of cars sold with automatic transmission while the rest were equipped with manual gearboxes.

36% of cars were made in India
The colors most preferred by the buyers were White, Silver and Gray. 49% of the vehicles sold were white, 16% were silver and 10% gray. The report also states that 36% of the vehicles were from Indian companies, 22% were from Japanese, 18% from German and 12% from South Korean companies.

5.94-8.90 Lakhs Rs. Desire Price
Talking about the best selling sedan, Maruti Suzuki Dzire has also been the best selling compact-sedan in India. The company also launched a facelift of the Dzire last year, which was given some features, a new petrol engine and a new front design. It now comes with a 1.2-liter dualjet petrol engine that can also be seen on the Baleno. The new engine generates a maximum power of 90 PS and a peak torque of 113 Nm. The engine is more powerful than before, while the torque output is the same. The engine is offered with either a 5-speed manual gearbox or a 5-speed AMT gearbox. The engine also comes with an idol start-stop function that helps in increasing fuel efficiency. The price of Maruti Suzuki Diazar is between 5.94-8.90 lakh rupees. (All prices ex-showroom)

Currently 8 models are available in the Pulsar range
Many models are available in the Bajaj Pulsar range. Currently, 8 Pulsar models are on sale in the market. This includes Pulsar 125, Pulsar 150, Pulsar 180, Pulsar 180F, Pulsar NS160, Pulsar 220F, Pulsar NS200 and Pulsar RS200. It is one of the best selling motorcycles in India and is known for its reliability and performance. Currently, the cheapest Pulsar 125 is priced at Rs 94,125 while the top-end Pulsar RS200 is priced at Rs 1.52 lakh. (All prices ex-showroom)

Sanjeevani got from the farmers movement: Omprakash Rajbhar said – Agricultural...