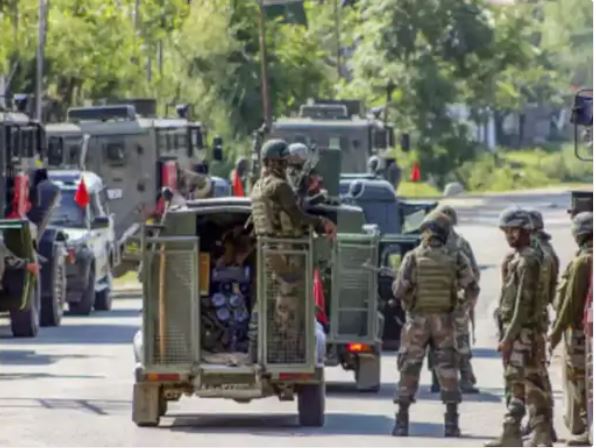 An encounter took place between terrorists and security forces on Thursday after Monday in Jammu and Kashmir. Two, a Junior Commissioned Officer (JCO) and a jawan were martyred. The encounter took place in the Bhimber Gali area near the Jammu-Rajouri-Poonch National Highway, which comes under Mendhar sub-division. Here is Bhata Dhuriyan village and in this village the terrorists opened fire on the army squad running the search operation.

Earlier on Monday, five soldiers were martyred in a terrorist attack in the same area.

According to an official, the security forces are conducting an anti-terrorist operation here. The area is densely forested and connects the districts of Rajouri and Poonch. Security forces had cordoned off the Bhata Bhurian area on Thursday.

Search operation is being conducted in this area for the fourth consecutive day. On October 12, five of our jawans were martyred in this area. So far it is not clear which group of terrorists are hiding here. The question in front of the army is whether these are the same terrorists who had killed five soldiers on Monday or is it some other group. For the time being, traffic on Poonch-Rajouri Highway has been closed.