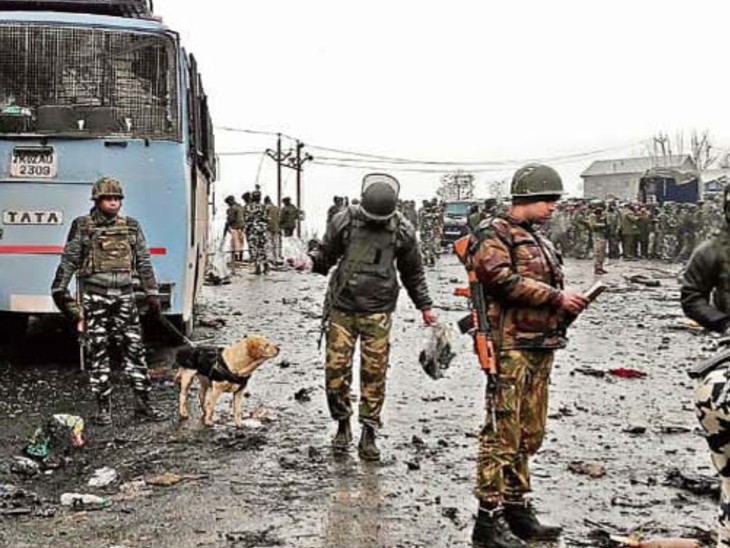 On 14 February 2019, CRPF convoy was attacked by militants in Pulwama, Jammu and Kashmir.

On the second anniversary of the Pulwama attack, several Union ministers and leaders, including Defense Minister Rajnath Singh, Home Minister Amit Shah, Rahul Gandhi, paid tribute to the soldiers who were killed in the attack. Rajnath Singh wrote on social media, ‘I pay tribute to those brave CRPF jawans who sacrificed themselves in the Pulwama terror attack for the sake of the country. This country will never forget his service and supreme sacrifice for the nation.

Home Minister Amit Shah wrote, “India will never forget his extraordinary courage and supreme sacrifice”. Congress leader Rahul Gandhi also remembered the martyred soldiers through social media. Wrote, ‘Tributes to the brave soldiers who were martyred in the Pulwama attack and a tribute to their families. The country owes you. ‘

On this day itself, two years ago there was an attack in Pulwama
On 14 February 2019, the militant organization Jaish-e-Mohammad attacked Pulpama’s jawan in Pulwama, Jammu and Kashmir. A bus was blown up in it. 40 CRPF soldiers were killed in this attack. Many soldiers were seriously injured. The attack was carried out by Jaish along with Pakistan’s ISI. The NIA had accused 19 people of plotting this attack, out of which 6 were killed in an encounter by the army.

Balakot Airstrike was carried out by the Air Force in response to the attack
Within 12 days of the Pulwama attack, the Indian Air Force avenged the martyred soldiers. The Air Force had destroyed several terrorist targets in Balakot through airstrikes. It is claimed that more than 300 terrorists were killed in this action.

Toolkit case: Delhi Police said in court on the charge of...