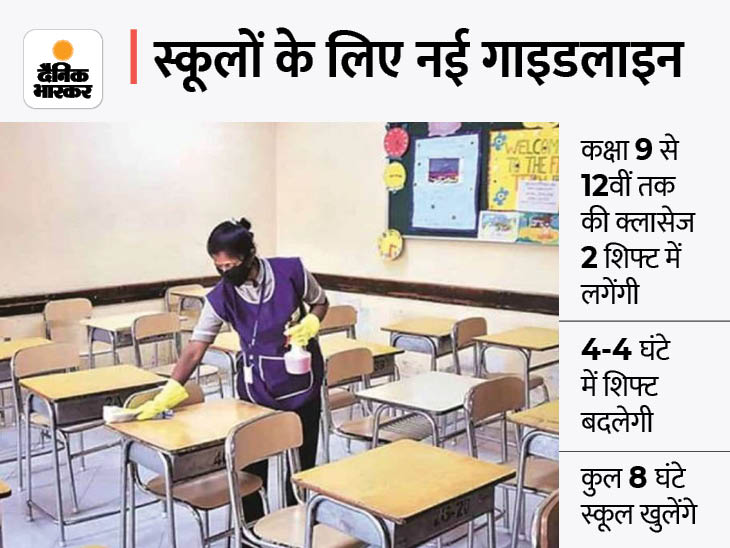 The guidelines of Kovid-19 will be compulsorily followed in schools. – Symbolic Image

The state government has issued its orders. Let us inform that schools in Uttarakhand, Punjab and Chhattisgarh have been opened from August 1. At the same time, schools for children of classes 1 to 8 will remain closed for now. The government has not taken any decision regarding this.

According to the guideline, schools and colleges will be able to open only with 50% capacity. Meaning only half the students will be able to come to school. Only those students, teachers and staff will be allowed to come to the educational institutions which do not have any symptoms. Arrangements for sanitization, thermal screening will also have to be made. It will be mandatory for everyone to wear a mask.

CM Yogi instructed to open schools and colleges in the morning team-9 meeting.

So far the positivity rate in the state is 2.59% overall and 0.01% positivity rate has been registered in the last 24 hours. There are now 646 active patients in UP, out of which 426 patients are being treated in home isolation. The recovery rate in UP is 98.6%.