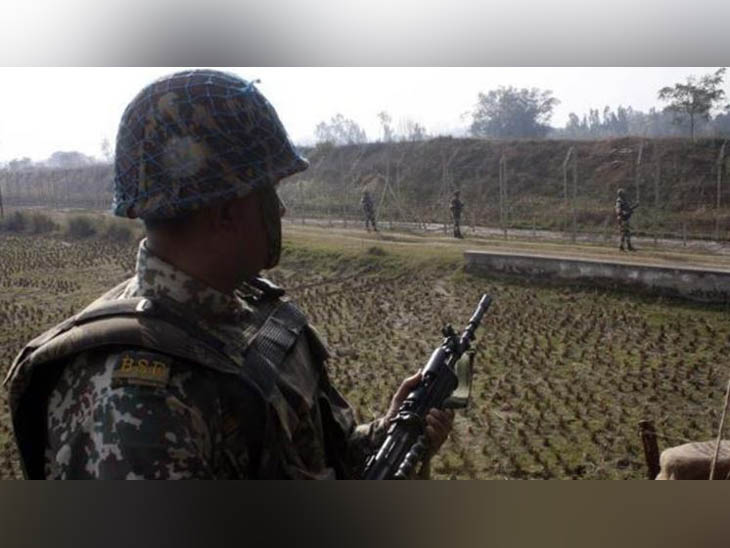 Pakistani smugglers opened fire on Indian Border Security Force (BSF) personnel at the Indo-Pakistan border in Tarn Taran in Punjab early Saturday. After this, BSF also fired back. When the situation is normal, 14 packets of heroin have been recovered at the border in the search operation. The search operation is currently in progress.

Explain that Pakistan is not leaving any stone unturned in the smuggling of heroin and weapons, taking advantage of the haze that has been posted during the winter season. At Tarn Taran on Saturday morning, the soldiers in Tarn Taran noticed that some smugglers were throwing some through the plastic pipe into Indian territory. On this, BSF jawans warned, then Pakistani smugglers started firing. On this, BSF soldiers also fired, so the Pakistani smugglers fled.

BSF personnel recovered a plastic pipe (12 feet) and 14 packets of heroin on the spot. The seizure was made by the personnel of 103 battalion of BSF at BOP Khaleda from Burji number 130/2. In this regard, the search operation has started on behalf of BSF soldiers.

It is learned that Pak smugglers opened fire on BSF personnel and BSF personnel also fired a few rounds. No official has confirmed this yet. SSP of Tarn Taran Dhraman H Nimbale said that the case of seizure of heroin would be registered by the police station Khalra to find out to whom the smugglers had to deliver such a huge consignment of heroin.

ISRO will create history: PSLV rockets will send 19 satellites into space; This is one of the longest campaigns ever

Mukul - 9 February 2021
Hindi newsLocalDelhi ncrHearing On Transfer In UP Jail In Supreme Court, UP Government Accuses Punjab Government: Mukhtar Is Enjoying In Punjab JailFed up with...
Go to mobile version