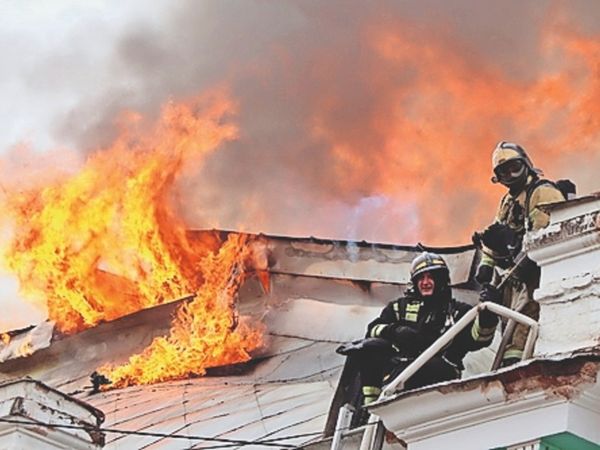 It took two hours for firefighters to extinguish the fire, around 128 people were in the hospital at the time of the accident.

A sudden fire broke out in a hospital in Russia on Friday. It took firefighters about two hours to extinguish it. However, the bigger thing is that during the incident, a patient was undergoing open heart surgery in the operation theater. The doctors did not leave it incomplete. Fulfilled in rather adverse circumstances. Risked his life and saved the patient. The incident is from the city of the distant eastern Blagoveshchensk of Russia.

According to firefighters, when they came to know that the patient’s surgery was going on in the operation theater, they did everything on their behalf. Wings were used so the smoke did not reach the operation theater. The electrical wires had collapsed due to the fire, so the electricity supply was arranged from elsewhere to operate the fans. Other teams continued to extinguish the fire. On the other hand, a team of eight doctors and nurses continued to complete the operation.

Hospital of the early twentieth century, 128 people, no casualties
When the situation was controlled, the head of the local government, Vasilya Orlov, said, “We bow down before the hospital and the team of firefighters.” His response was in view of the facts that this hospital, built in 1907, had about 128 people at the time of the accident. Everyone was safely evacuated from there. Whereas the fire had taken the entire roof of the hospital made of wood in the blink of an eye.

Winter returned as soon as summer started in Britain: A day...

Nitish - 6 April 2021
Hindi newsInternationalA Day Before, People Were Roaming On The Beach Due To Heat In Britain, Snowfall Increased In The Morning.Troubled with Ads? Install...
Go to mobile version