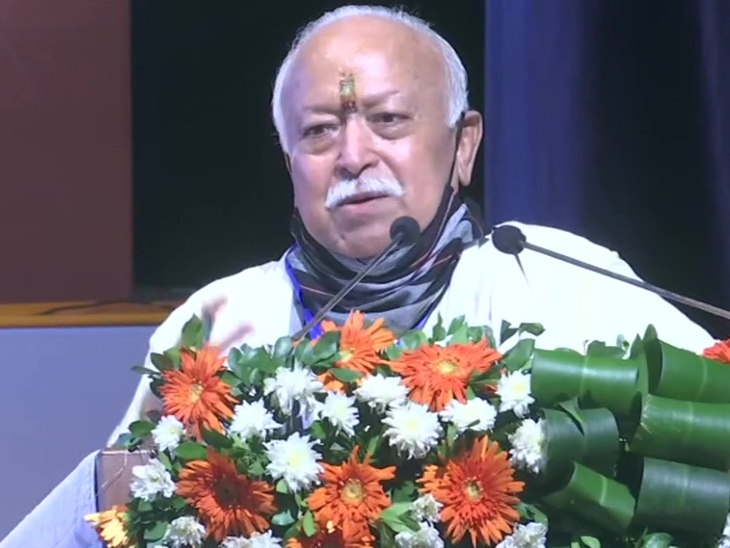 RSS chief Mohan Bhagwat, who arrived on a two-day tour of Assam, has now given a new statement on Muslims and Pakistan. The Sangh chief said that the number of Muslims in India was increased in a planned manner since 1930. He had said that there were plans to make Bengal, Assam and Sindh also into Pakistan in India. This plan was not completely successful, but after partition Pakistan was formed.

Mohan Bhagwat launched a book on NRC-CAA in the presence of Assam Chief Minister Himanta Biswa Sharma in Guwahati. He tried to allay the fears of Muslims on CAA-NRC. Said- Projecting NRC-CAA as Hindu-Muslim divide is a political conspiracy. This is being done for political gains.

CAA does not harm Muslims: Bhagwat
Bhagwat said that after independence the first Prime Minister of the country had said that minorities would be taken care of and till now this has been done. We will continue to do so too. No Muslim will be harmed due to CAA. The Citizenship Act is being brought so that the troubled minorities in neighboring countries can be given protection from torture. If majority also want to come to our country because of any fear, then we will help them too.

Bhagwat had said in the past – DNA of all Indians is one
Recently, during the launch of a book, Bhagwat had said, “If a Hindu says that a Muslim cannot live here, he is not a Hindu. Cow is a sacred animal, but those who are killing others in its name, They are against Hindutva. Law should take its own course in such matters. The DNA of all Indians is the same, irrespective of religion.’

Owaisi and Digvijay took a dig at the statement

Odisha created record in vaccination: Bhubaneswar became the first city in the country to do 100% vaccination, applied more than 18 lakh vaccine doses...