Presidential elections are going to be held in Iran today. A total of four candidates are in the fray. Among them, 60-year-old religious leader and Chief Justice Ibrahim Raisi is considered to be a heavyweight. The term of the new president will begin in August. According to media reports, Raisi’s victory is almost certain. If this happens, Iran’s conflict with the US and the West will increase, as Raisi is a supporter of continuing the nuclear program. On the other hand, if Raisi wins, the Iran-China close will increase. However, there is not much enthusiasm in Iran about the presidential election. One reason for this is also Kovid-19. Recently Iran has also claimed to have made its ‘Coviran’ vaccine.

Why not in the spiritual ground this time?
According to the constitution of Iran, a person cannot hold the presidency more than twice. Hassan Rouhani has completed his 8-year term in two terms. Therefore, he cannot contest the presidential election.

How many candidates this time?
A total of 4 candidates are in the fray. However, the Guardian Council had shortlisted the names of 7 candidates. 3 candidates withdrew. This is interesting too. Mohsin Meher Alizad, who belongs to the moderate faction, withdrew on June 16, two days before the election. Anyway, his hope of winning was negligible. Another candidate Alireza Jakani has also withdrawn. Apart from these, Saeed Jalili has also withdrawn his name.

Jakani is also a fanatic and it is believed that he withdrew his name so that there is no problem in the way of Ibrahim Raisi’s victory. It is also being said that Jakani was pressurized to withdraw his name. Similarly, Jalili are also considered fundamentalists. He has been a part of the nuclear deal between Iran and America in 2015. In order to strengthen the rich, Jalili has also retreated at the last moment.

Here are the four candidates

election or formality
It is believed that whatever the voting percentage may be, Ibrahim Raisi’s victory is certain. There are three main reasons for this. First, he has the support of a fundamentalist faction, the Guardian Council, and the supreme religious leader. Second- Talk about never bowing down to America and Western countries. Third- Talk about bringing a self-reliant program for Iran’s economy. One reason is that an atmosphere has been created against the liberal and reformist candidates. The hardliners who were challenging Raisi also withdrew. Raisi had lost to Hassan Rouhani in the 2017 election. The Army (Revolutionary Guards) is also with them. 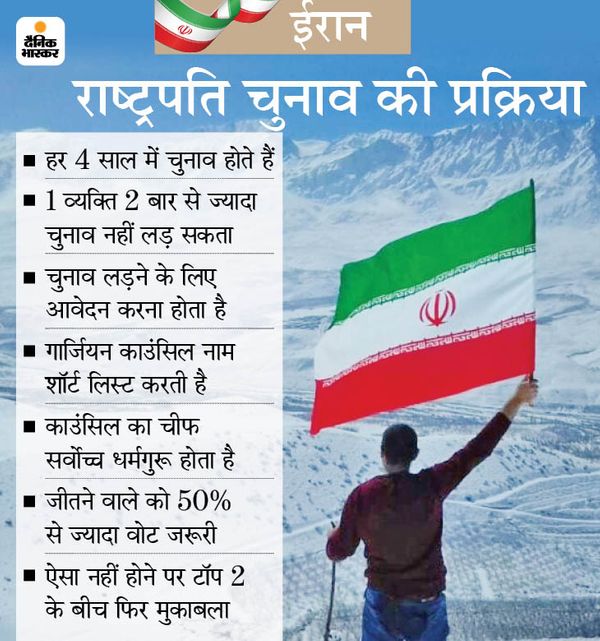 What are the major issues?

Relations with India and the US-China connection