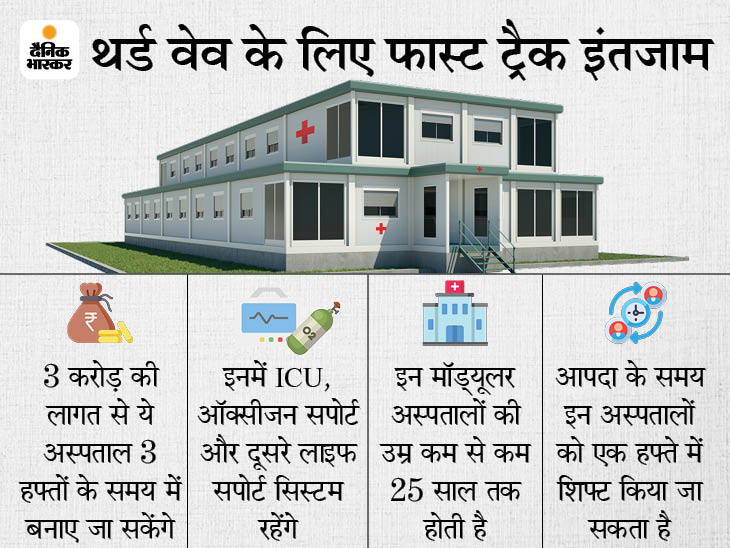 To fight the third wave of Corona, the Center has made a plan to immediately strengthen the health infrastructure. The Center plans to build 50 modular hospitals across the country in the next 3 months, with ICU beds and oxygen supply. The biggest problem was the supply of oxygen during the second wave. According to the Times of India report, these modular hospitals will be built close to the existing hospitals. Through this, the health infrastructure will be expanded.

The special thing is that such hospitals to be built at a cost of 3 crores can be built in less than 3 weeks. These will have ICU, oxygen support and other life support systems. The lifespan of these modular hospitals is at least 25 years. In times of disaster, these hospitals can be shifted in a week.

These will be the specialty of modular hospital

Aditi Lele of the Principal Scientific Advisor’s office said that we are in constant touch with the states, where such hospitals are needed. Especially those states where the cases of Kovid are increasing rapidly. In this we have also approached other partners under Corporate Social Responsibility who can help us in this project.

Morning News Podcast: Markets will open in MP from today till...