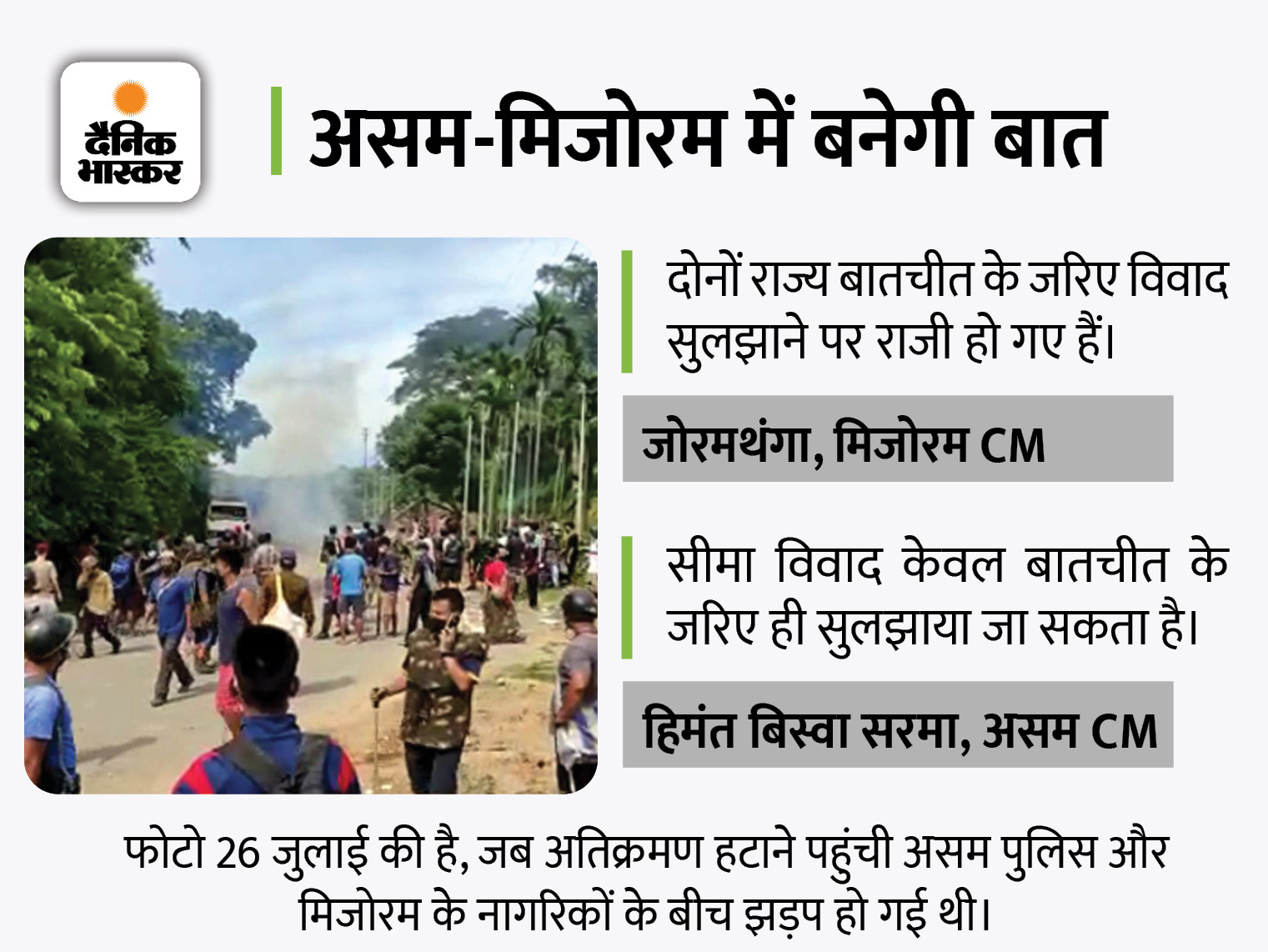 About a week after the border dispute, the chief ministers of Assam and Mizoram spoke to each other over the phone. The Mizoram government will also withdraw the FIR filed against Assam Chief Minister Himanta Biswa Sarma on July 30. In such a situation, it is expected that reconciliation between the two states can happen soon.

After talks with Shah, both the Chief Ministers spoke
Home Minister Amit Shah also had a phone discussion with both the Chief Ministers. After this discussion, Himanta and Mizoram Chief Minister Zoramthanga spoke on the phone on Sunday to resolve the dispute.
After this, Zoramthanga had tweeted and appealed to the people of Assam not to do things that spoil the situation. Avoid posting sensitive messages on your social media. He had said that after talks with the Home Minister, both the states have agreed to resolve the dispute through talks.

After this Himanta also tweeted. He wrote – Our main objective is to maintain the spirit of North-East. Zoramthanga has promised to call me after my quarantine. Border disputes can only be resolved through negotiations.

Shah had suggested demarcating the boundaries of states through satellite mapping a few months ago. Shah had talked about taking the help of NESAC for mapping the boundaries and forests in the Northeast. Shillong-based NESAC is already using space technology for flood management in this area.

This is how the fresh controversy started
The Assam government told the assembly that the people of Mizoram have illegally occupied 1,777.58 hectares of land in three districts of Assam in the Barak Valley region. In this, maximum 1000 hectares of land was illegally occupied in Hailakandi district. On July 16, Mizoram alleged that Assam was claiming its land. Mizo tribes have been living in these border villages for more than 100 years.