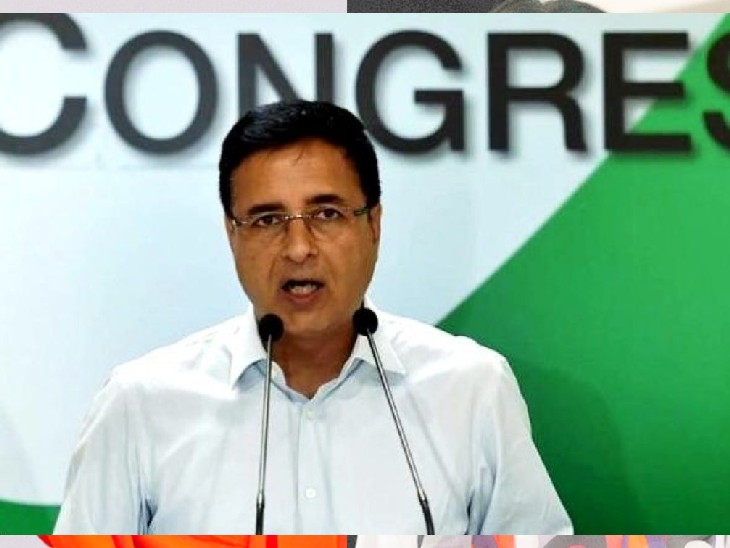 Prime Minister Narendra Modi announced on Monday that now people across the country will be provided with the Corona Vaccine Center. Many states have been demanding this for a long time. Till now the center was getting the vaccine only for people above 45 years of age. The responsibility of vaccination of people in the age group of 18 to 44 years was handed over to the states. The states objected to this. Despite the permission to buy the vaccine from May 1, they could not buy the vaccines.

Prime Minister Narendra Modi addressed the nation on Monday. This is the ninth address of the Prime Minister to the country at the time of Corona. During this, Modi said that the vaccine was not made in the country in the last 60 years. It also took decades to get it imported from abroad. After the announcement of Modi, the reactions of the opposition also started coming. The most bitter of these was the Congress.

Surjewala counted the vaccine made under Congress rule
Congress spokesperson Randeep Surjewala said that you have insulted the scientists who made the vaccine since the independence of the country. PM doesn’t have complete information. Many times before this, in the Congress government, smallpox in 1970, polio in 2005 and cholera were also controlled at the same time. You said that the vaccine was not made for 60 years.

Let us tell you that in 1991, a vaccine for TV was made here. Small Pox Vaccine 1965, Polio Vaccine in 1970 Nigels Vaccine 1980, Oral Cholera Vaccine 2010, Japanese Fever Vaccine in 2012. Every time there was a Congress government. Before humiliating the elected government of the people, it would have been good if we read the history of vaccination of our country.

200 crore vaccines will not be available till December 2021
Surjewala said that the Modi government and its media colleagues are also saying that by December 31, 2021, 100 crore people will be vaccinated. That is, 200 crore vaccines will be installed during this period. If the average of the last 6 months is seen, 15.46 lakh vaccinations are done every day. While Modi ji told that 13 lakh doses have been taken on Sunday, in such a situation how can we apply 200 crore doses till December 31. This work will be done only by 2024. By then the Lok Sabha elections will come. Can the Modi government wait so long? In such a situation, if the third wave comes, then who will be responsible for it.

He said that there are about 40% government health centers in the country, while 60% are private hospitals and clinics. In such a situation, the central government should have provided free vaccine in private hospitals as well. It is against the poor, middle class, labourer, backward and tribal people.

Other reactions to Modi’s statement

Mukul - 10 June 2021
Hindi Newstech autoA Robot Named Grace Will Act Like A Hospital Nurse, A Thermal Camera Fitted In Its Chest Will Tell The Patient's Temperature.New...
Go to mobile version