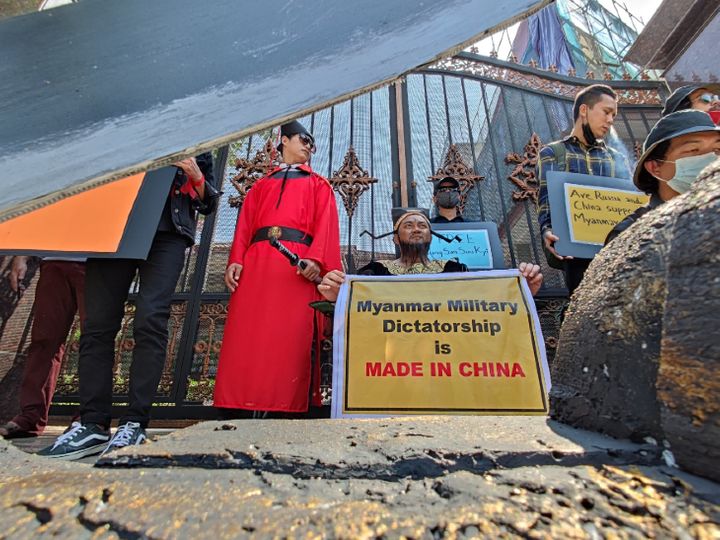 People protesting in front of China’s Embassy in Yangon, Myanmar on Sunday. They allege that China conspired in the military coup in Myanmar.

14 days have passed since the elected government coup in Myanmar. The anger of the people here is against the army of our country, as much against China. Protests were held against the Chinese government here for the second time in three days. People shouted slogans of China. Around 12,000 people demonstrated in front of the Chinese Embassy in Yangon. However, the military let very few people near the Embassy area.

China is helping army
According to the news agency, on Thursday even after Sunday, the locals arrived in front of the Chinese Embassy in Yangon carrying banners and posters. The number of youth in them was high. Some people had makeup like Chinese citizens. These people were raising slogans like Shame on you China i.e. China Shame Karo. At first the security forces refused to approve the protest, but seeing the crowd growing, they allowed the protest to be held with the conditions fixed.

Conspiracy hatched in china
The protesters allege that the coup plot in Myanmar was hatched in China and the army here is acting at the behest of China. On one banner it was written – Military rule was given by China.
There are agitations against military dictatorships in Myanmar, but China is silent on this. Foreign Ministry spokesman said in the daily briefing on Saturday – We are monitoring the situation there. We have friendly relations with them and we want there to be political and social stability. 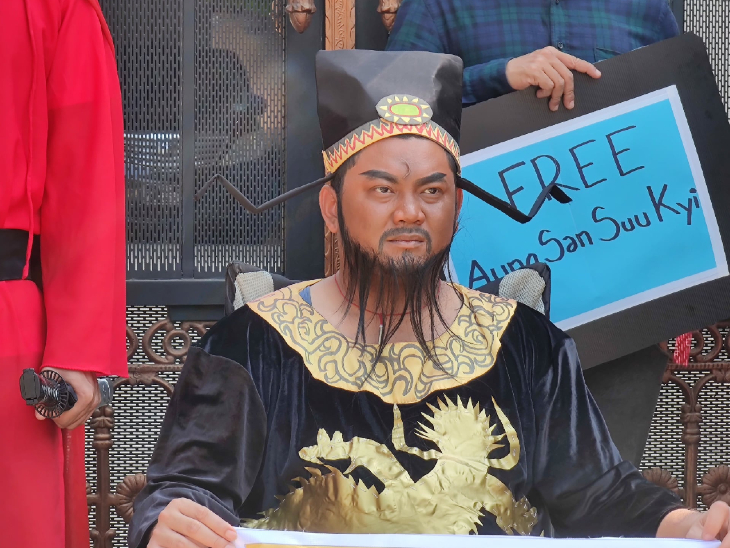 Some of the people performing outside the Chinese embassy in Yangon dressed and made up like former dictators of China. These people allege that the Chinese government does not even know the meaning of democracy.

What did the army say on the coup
The general elections were held in Myanmar in November last year. Of these, Aung San Suu Kyi’s party won 396 seats in both houses. His party won 258 out of 330 seats of the Lower House and 138 out of 168 in the Upper House. Myanmar’s main opposition Union Solidarity and Development Party won just 33 seats in both houses. This party had the support of the army. The leader of this party is Thane Hithe, who has been a brigadier general in the army.

After the results, the army there raised questions on it. The army has accused Suu Kyi’s party of rigging the election. The Army has also complained to the President and the Election Commission about this in the Supreme Court. After the election results, differences started between the democratically elected government and the army there. Now the power of Myanmar has completely come into the hands of the army. After the coup there, the army also declared Emergency for 1 year.

The dream is going to come true: New Zealand will have...

Nitish - 23 February 2021
Hindi newsInternationalNew Zealand Will Have Electricity Supply Without Wires, Electricity Will Be Delivered To Homes In The Form Of Very Thin Beams Of MicrowaveFed...
Go to mobile version