The biggest rally took place in Barnala, Punjab on Sunday amid the ongoing agitation against the new agricultural laws. More than 1 lakh farmers participated in it. This is the largest gathering of farmers apart from the movement going on the borders of Delhi.

At the rally in Dana Mandi, the peasant leaders appealed to supporters and women to reach the Delhi border on February 27 and join the movement. Farmer organizations have announced to celebrate Mazdoor Kisan Unity Day on these days.

This Maharali was organized by Bharatiya Kisan Union Ekta (Ugraha) and Punjab Khet Mazdoor Union. To join it, crowds of farmers, including thousands of women, started arriving in Barnala in the morning in buses, tractors and cars. Police estimate that 1.20 to 1.30 lakh people attended the rally. It is one of the biggest rallies against agricultural laws. 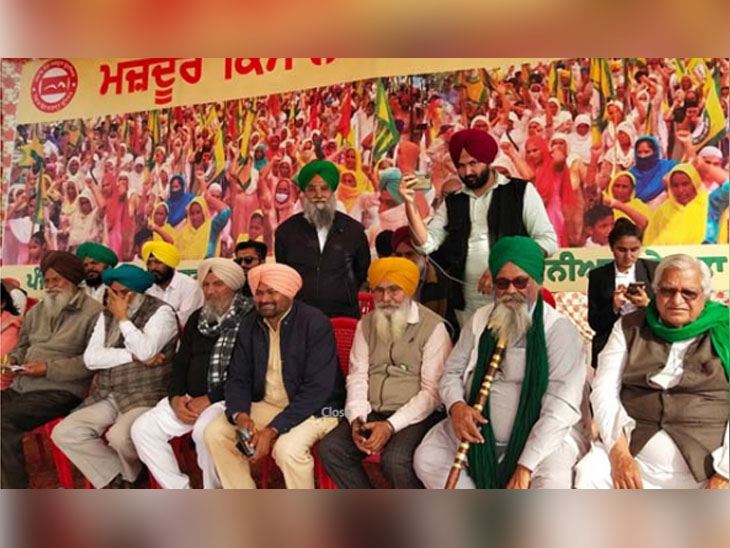 He said that on the pretext of the events on 26 January, the central government tried to misinterpret the movement. She could not succeed in her plan. After this the movement emerged stronger. He demanded the release of those implicated in fake cases during the agitation and the cancellation of the cases registered against them.

Balveer Singh Rajewal, leader of the United Kisan Morcha said that this is a historic peasant movement. To make it successful, farmers have to rise above caste and religion.

Disha arrested Ravi’s arrest as wrong
Punjab Farm Workers Union state secretary Laxman Singh Sewwala said the attack on the Public Distribution System (PDS) is part of a larger imperialist attack on the country’s food security. This is being done under the guise of so-called economic reforms.

Mukul - 19 February 2021
Hindi newsNationalHome Minister Amit Shah Will Pay Tribute To The Martyrs; Mamta Banerjee Will Be On TargetFed up with Ads? Install Dainik...
Go to mobile version