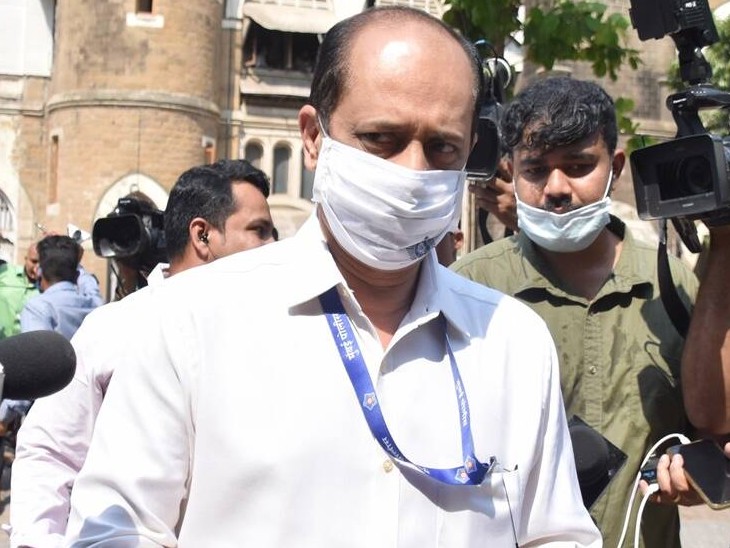 Sachin Vazh, arrested in the Antilia case, is in NIA custody till 7 April.

The National Investigation Agency (NIA) has received several evidences in the investigation into the gelatin-laden Scorpio case recovered from outside Antilia and the murder of its owner Mansukh Hiren. According to the NIA, some of the police and administration officials were also involved in the black business of illegal recovery of Waze. The NIA has the documents of payment made to them by Vajh. These documents have been recovered during a raid on a club in Girgaum in South Mumbai. Let us know that Sachin Vaz is in the custody of NIA till 7 April.

Among the documents that have been recovered by the NIA, a document mentions the amount of money paid to the officer and the officer in a month. The amount paid is written in front of each name. The amount paid to some is in crores. The NIA believes that this amount could be a bribe. Two inspectors, a Deputy Commissioner of Police, and a former Deputy Commissioner Level Officer are also included. Three of them have been questioned by the NIA team.

Documents can be handed over to NIA, CBI and ED
The National Investigation Agency can share these documents with ED, CBI and Income Tax Department. After which there may be entry of some more central investigative agencies in this whole case. According to sources, the NIA has also called for a response in this regard from the owner of the club and some other officials associated with me. They have been asked for an explanation of the payment of money made by them. An NIA official said that if needed, the document would be shared with the Income Tax Department or CBI for further investigation, as the NIA is only allowed to investigate anti-terrorism cases.

Shinde and Gore got a job in the club at the behest of me
Investigations have revealed that he had frequent visits to the club in Girgaum. Naresh Gaur and former constable Vinayak Shinde were also given jobs here at the behest of me. Both are arrested in Mansukh Hiren’s murder case and are currently in the custody of the NIA.

Shinde had the responsibility of recovering Bhandup and Mulund areas
The evidence found in the ‘Extortion Diary’ and mobiles suggest that Vinayak Shinde was entrusted with the illegal recovery by Sachin Waze from 32 clubs, bars and lodges in Bhandup, Mulund. Shinde’s commission was tied on every recovery. Investigations have also revealed that Sachin used to recover me from such people against whom a complaint came against him in the Mumbai Crime Branch.