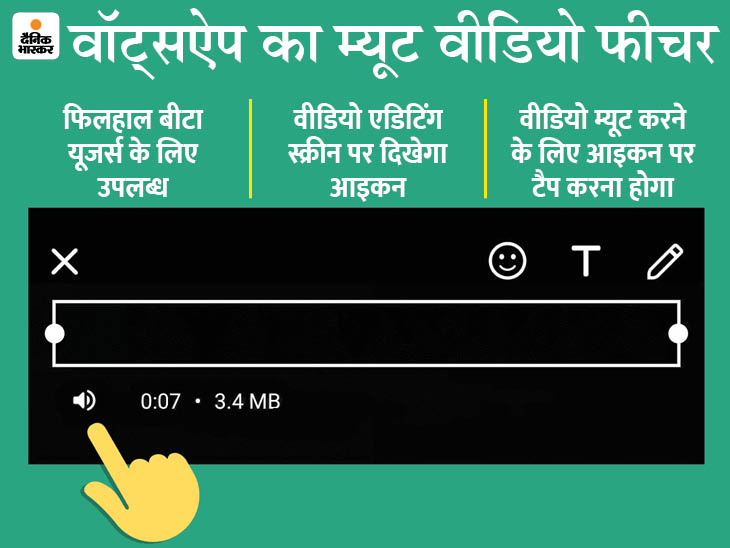 WhatsApp is testing the new mute video feature, which will allow the video to be turned off before sending it. This will make the video look like a muted video. The advantage of this is that WhatsApp users will be able to stop the voice of the video being sent. This feature of WhatsApp was waiting for a long time. This new feature of WhatsApp is very useful and will be useful while sharing videos.

WhatsApp launches new feature release
According to WhatsApp’s features tracker website WABetaInfo, WhatsApp has started releasing the new Mute Video (Mute Video) feature. At the moment, this new feature of WhatsApp has been released only for Android beta testers. The new feature requires beta users to update to the latest WhatsApp version, which is a 2.21.3.13 beta update. After this testers WhatsApp will be able to send muted videos to other contacts using this feature. At present, the company has not given information about how long this feature will be available in the stable version.

Tap on the speaker icon to mute the video
WABetaInfo’s site has asked users to update the beta. This feature may also be visible to beta testers using the previous version of WhatsApp. The muted video option of WhatsApp will be found on the video editing screen. It will be found along the lines of the volume icon. Tapping on this will mute the video being sent to a user. The rest of the options will remain the same, including emoji, text and edit options.