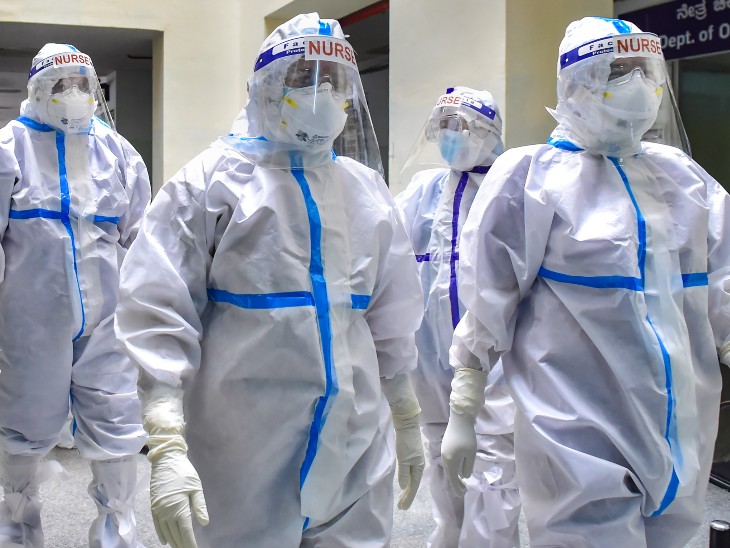 According to the latest report, Public Health England, a UK health organization, till 7 June, 6 cases of the Delta + variant had been reported in India. The photo is of a staff posted at a hospital in Bangalore.

According to the UK health organization Public Health England (PHE), 63 genomes of the delta variant have been revealed with the new K417N mutation. According to the PHE, the Delta+ has been detected during a routine check of changes in the Delta variant. According to the latest PHE report on Kovid variants, 6 cases of Delta+ variant were reported in India till June 7.

What is Monoclonal Antibodies Cocktail?
The monoclonal antibodies cocktail is composed of casirivimab and imdevimab. It has been made jointly by the pharma company Cipla and Roche India. In India, it was approved in May for emergency use for the treatment of corona. It received approval from the Central Drugs Standards Control Organization (CDSCO) on the basis of data provided for emergency use in the US and the European Union.

Modi’s speech in UN: Prime Minister said – we have given...

Mukul - 14 June 2021
New Delhi2 minutes agocopy linkPrime Minister Modi made a speech at a special meeting of the United Nations on Monday. They literally got...
Go to mobile version