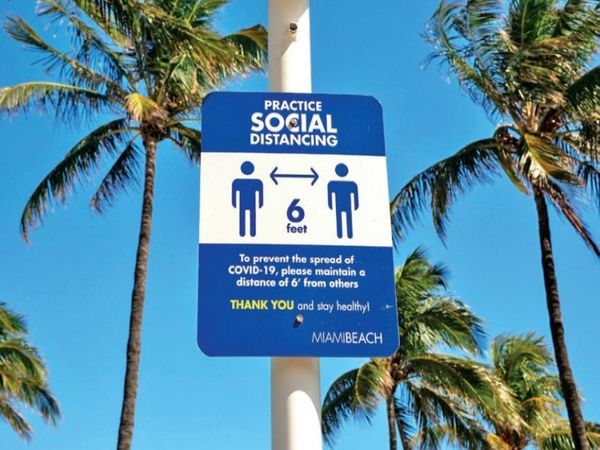 There has been an atmosphere of enthusiasm in America for the past few weeks. The rate of hospitalization and deaths of people infected with the corona virus has decreased. Normal condition is rapidly restored due to powerful vaccines. But, the next few months can be painful. New varieties of the virus are spreading. The virus may be more contagious and in some cases more life-threatening due to the change. The new breed has caused havoc in Britain, South Africa and Brazil. New varieties have been found in the US in California, New York and Oregon.

At this time, most vaccines are effective against new varieties. However, health officials are concerned that future changes to the virus may neutralize resistance. So Americans have to take a booster dose or a new vaccine. Devi Sridhar, professor of public health at Edinburgh University, Scotland, says the virus seems to be changing in such a way that it will be difficult to suppress it.

The new type of infection-causing virus in the UK and Europe, B1.1.7, is also growing rapidly in the US. Limited genetic testing in Florida and Michigan has detected 12500 cases. The new type of expansion has not been revealed so far due to the decrease in the rate of total infection. That’s why people have become careless. Sebastian Funk, professor of infectious diseases at the School of Tropical Medicine, London Hygiene, says B.1.1.7 and other varieties are treated as separate epidemics. Other varieties of the virus found in South Africa, Britain and America are spreading slowly.

However, the worrying fact is that one of their changes reduces the effects of the vaccine. However, scientists are confident that the vaccine will eventually win. This is worrisome if the new variety of virus is more contagious, seriously sickens or neutralizes resistance. Such is the variety found in Britain, South Africa, Brazil and California.

According to new estimates, the B1.1.7 variety spreads 60 percent faster than the original virus and is 67 percent more lethal. Most vaccines are effective against the B1.1.7 variety, but researchers are concerned about other varieties with the change called E484.

Oxford University biologist Katrina Lithgow said the burden of the virus in people infected with the new breed is prolonged. People stay sick for a long time. In the UK, B.1.1.7 was so contagious that infections were reduced after three months despite stringent home stay orders and rapid vaccination. The B1.1.7 wave in Europe had been taking shape for months. He was unnoticed. Now a wave of new varieties is spreading rapidly. In Europe, Kovid-19 is causing more deaths every day than it was last year.

The new vaccine will work against all varieties

The good news is that researchers in South Africa have prepared a vaccine against B.1.351. It can neutralize all other varieties of the virus. Pfizer, BioNotech and Moderna are also testing new vaccines against B.1.351. It will also work against the rest of the varieties. Dr. Anthony Fossey, a leading expert on infectious diseases in the US, says that Americans should take the third dose of Pfizer-BioNotech or Moderna vaccine within six months or a year instead of a new vaccine. It will be able to compete with all varieties.