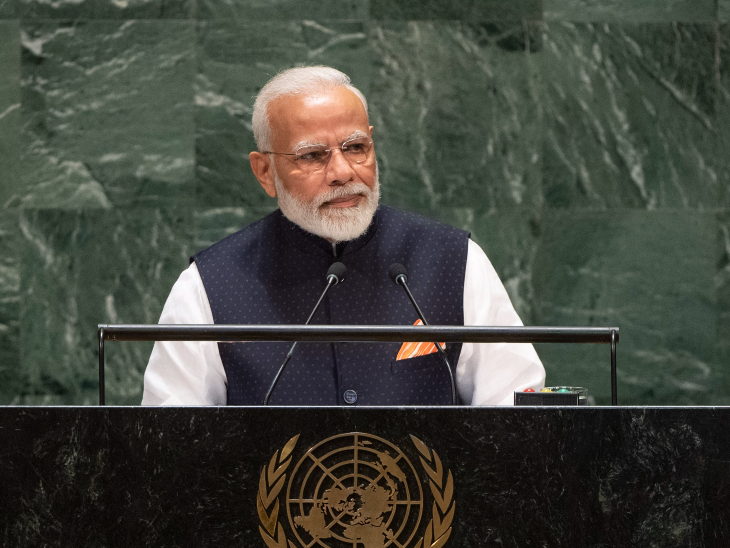 Prime Minister Modi made a speech at a special meeting of the United Nations on Monday. They literally got into it. (file)

Prime Minister Narendra Modi virtually addressed an important meeting of the United Nations on Monday night. In this meeting held on the barren land and drought conditions, the Prime Minister said that India has always given the status of mother to the earth. Decreasing fertile land and drought are a cause of concern for humanity. This is a danger sign for the whole world.

Modi said that we focused on planting grass in the Rann of Kutch to make the land fertile and this prevented the land from becoming barren and desert. This natural method proved to be very effective.

India on target
Modi said that India has set a target of making 26 lakh hectares of land green by 2030. We are also moving towards reducing carbon emissions. In the last 10 years, India has expanded the forest area in 3 million hectares. We want natural methods to be adopted to reduce desertification.

In the great tradition of India, the earth was always given the status of mother, Modi said. We put the issue of desertification in front of the world and told how big a threat it is going to prove in the coming times.

One and a half year of epidemic: Corona cases cross 3...