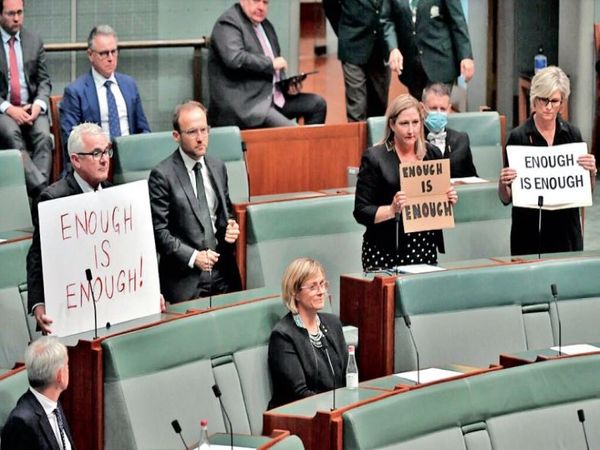 After a successful career in law and business, Julia Banks arrived in Australia’s Parliament 5 years ago, seeing the atmosphere there that she has been pushed into the 80s. Alcohol was flowing there. It was also smelled by male leaders. Banks states that Australia’s leaders never thought of women.

They made junior personnel look like toys. Once, a leader rubbed his hand on his back while introducing Junior. I got my eyes from that girl. But as soon as I said anything, I understood that, keep quiet or else I will lose my job. Australia’s Parliament is the most insecure workplace for women.

Lately, the ‘MeToo’ campaign has reached the Australian Parliament. Britney Hingis has exposed the case of rape with her and has caused a stir. After this, thousands of women are sharing their stories. The Justice is taking out a march and is demanding a change. Conservative coalition led by PM Scott Morrison is facing historic opposition.

Now just the memories of the Duke of Edinburgh: Queen Elizabeth-II,...