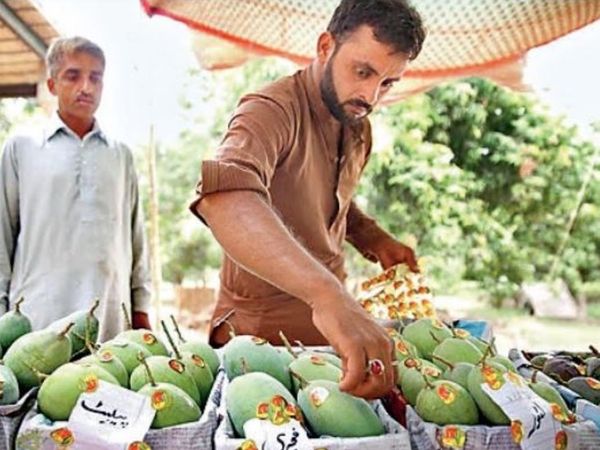 Pakistan’s best friend China has not liked ‘Mango Diplomacy’. He has returned the mangoes sent by Pakistan.

In the era of global pandemic where the world is troubled by corona infection. At the same time, Pakistan is engaged in improving its relations with the countries of the world through the king of fruits i.e. mango.

Actually, the Imran government of Pakistan, which is facing financial crisis, has adopted a new diplomatic strategy. Under this, he has sent Chausa mango gifts to 32 countries of the world. But its best friend China has not liked the ‘Mango Diplomacy’ of Pakistan. He has returned the mangoes sent by Pakistan.

The special thing is that China is not alone among the countries returning mangoes. The US, Canada, Nepal, Egypt and Sri Lanka also refused to accept the mangoes sent as gifts from Pakistan. However, the quarantine rule applicable to prevent corona has been cited behind it.

According to the report, under the new diplomacy, Pakistan is sending Chausa mangoes as gifts to countries around the world. The report claimed that earlier ‘Anwar Rattol’ and ‘Sindhari’ varieties of mangoes were also part of the consignment to be shipped by Pakistan. But later both were dropped.

Experts believe that Kistapan is facing an economic crisis after the corona infection. In such a situation, Pakistan wants to strengthen its relationship with these countries by adopting ‘Mango Diplomacy’.

Sent for French President too, did not get response

These mangoes were sent by the President of Pakistan Dr. Arif Alvi to the heads of state of 32 countries. French President Emmanuel Macron was also named in the list of Pakistan’s Foreign Ministry. But France did not react to this strategy.