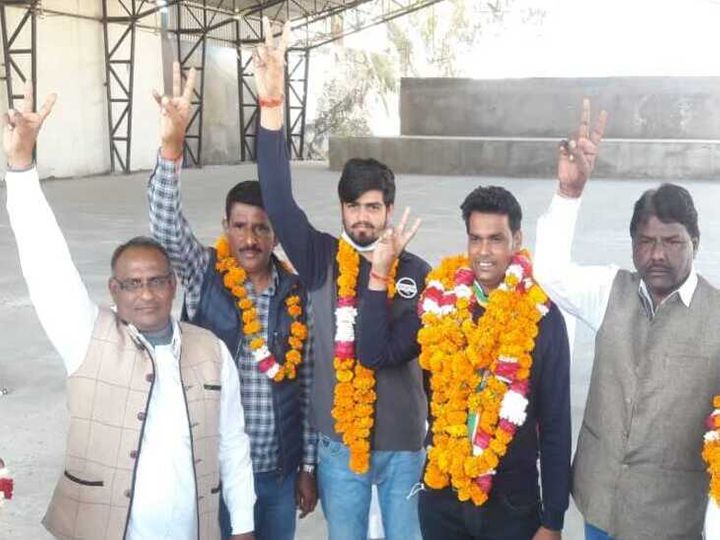 Kamlesh Sahu and others cheering after winning elections in Kekri

In Kekri municipality, Congress candidate Kamlesh Kumar Sahu defeated BJP candidate Mishrilal by 8 votes. Kamlesh got 24 votes. The special thing has been that BJP had 17 councilors but only 16 got votes. Earlier, there was a BJP board and Anil Mittal was the chairman.

The voting process for the post of president of Municipal Corporation Kakdi started at ten in the morning. Congress, BJP and independent councilors exercised their franchise. Here was a contest between Kamlesh Kumar Sahu from the Indian National Congress and Mishri Lal from the Bharatiya Janata Party. 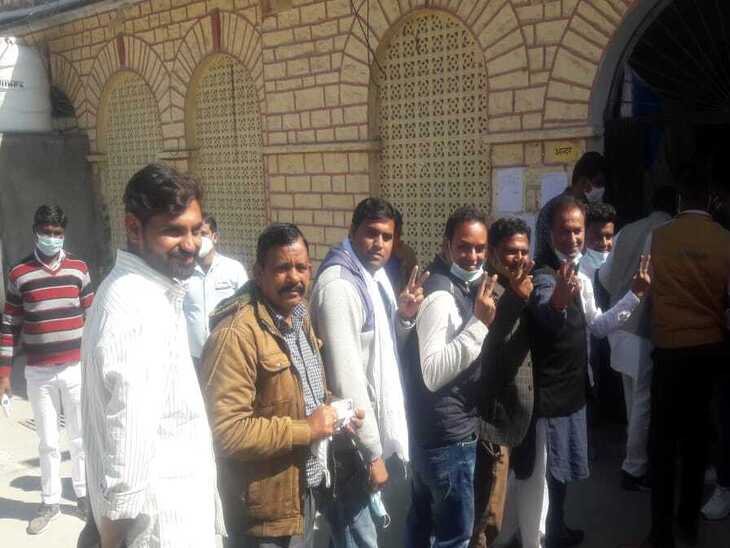 Queue to vote in cucumber

Kekri municipality has 40 seats. In this, Congress won on 21, BJP on 17 and Independents on 2. It is worth mentioning that Kekri is the assembly constituency of Medical Minister Raghu Sharma and he was fully active in the elections.