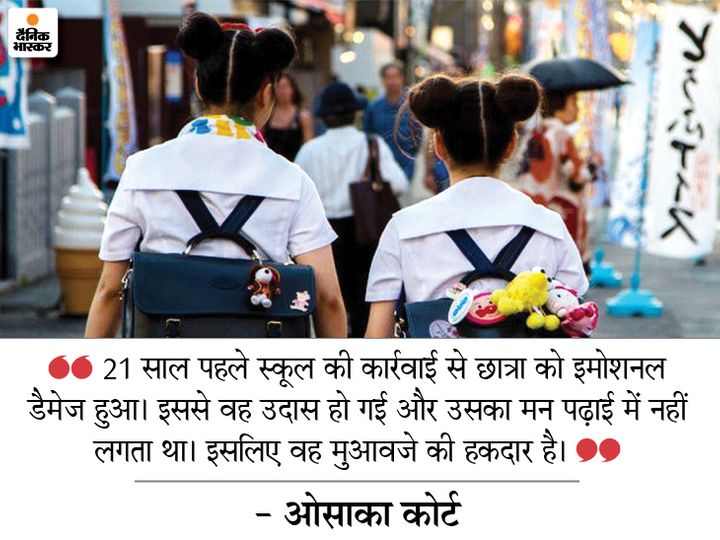 A former schoolgirl from Japan has been judged for 21 years of mistreatment. The Osaka court has ordered a compensation of Rs 2.5 lakh, citing it as an emotional damage to the student. Actually, 21 years ago, when the girl was in school, the teachers called her brown hair unnatural. Then the teacher asked him, how do you have brown hair? Do not come to class unless you get your hair black. Also, do not join any program. After this, the stressed student could not come to school for several days. When he got dyed, he got an entry in the class.

What did the court say in the judgment?
The Osaka court said in its judgment that the act of hair dyeing on the school girl was legal at that time, but the former student was emotionally harmed by the government for 21 years. Therefore he should be given 2.26 lakhs (330,000 yen) as compensation. The student became depressed and suffered this stress at critical times of her life. This also affected his studies.

The school put forward this
Counsel on behalf of the defense in the court stated that the girl’s hair was not sufficiently black during the checking to the then vice principal. While the student claimed to be brown. Under the rules, he was asked to dye his hair. During that time he was prevented from coming to school. His seat was removed from the class. His name was also removed from the class list.

There are rules for hair in Japan’s schools
According to Japanese media reports, there are several restrictions in Japan’s schools to focus on teaching children. For example, hair should not be curly and hanging. No color and bleach can be done in the hair.