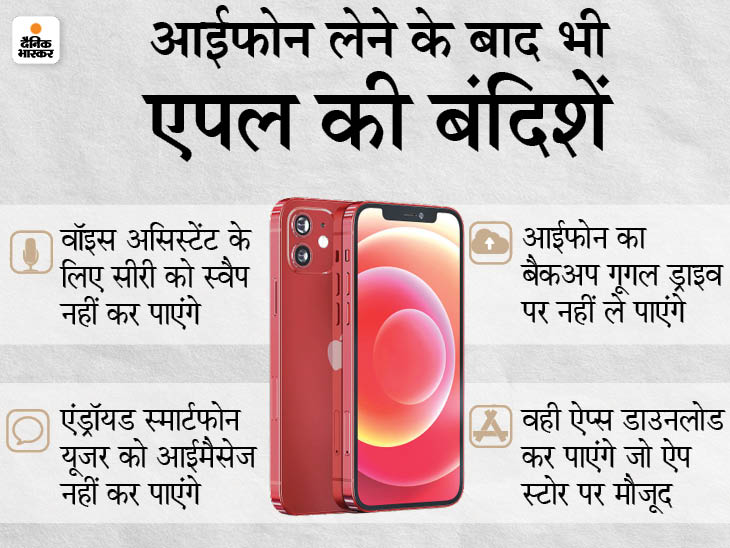 If you were asked to choose between a luxury Android and an iPhone, what would you choose? The answer may be the iPhone itself. Millions of people in the world are crazy about the iPhone, but its price is out of the budget of the common man. Or rather, after buying it, the budget of the common man can also get spoiled. By the way, people who can not afford to buy an iPhone can relieve themselves from the fact that the iPhone cannot do many things. Let us understand this with a small example…

The answer to these 5 things will be found in no and only no? If you’re not sure, ask a friend who is running an iPhone these questions. Even after this, if you are going to buy your first iPhone, then it is for you to say ‘Best of Luck’.

Geoffrey says that as the owner of the iPhone, he should have the right to do all the work on it, but Apple does not allow him to do so. He has also sought the opinion of other iPhone users regarding this matter.

Putting pressure on app developers with the help of stores
In a case hearing this week, it became clear how harmful Apple’s erratic power has become for consumers. Actually, Apple has asked for 30 percent commission for bringing Epic’s video game ‘Fortnite’ on the App Store. Developers will also have to make this payment because Apple allows the only store to install apps on the iPhone.

Apple thinks it is handcuffing our own hands for good. During the Fortnite trial, Tim Cook said that Apple wants to make its software and hardware easier for the public by removing complex technology from the iPhone. The company also says that due to this, it gets a Satisfi rating from most iPhone customers.

Apple does not tell about the satisfaction rating
Apple never mentions that it has a higher rating than Android smartphone maker Samsung in the Independent American Consumer Satisfaction Index. Here Apple got a score of 80 and Samsung got a score of 81. Compared to Apple, Samsung gives its users a choice of two voice assistants. At the same time, consumers can download any app from different app stores. Geoffrey says that it is not that the Samsung smartphone is better, but that it is better than the iPhone in those things that put users off. 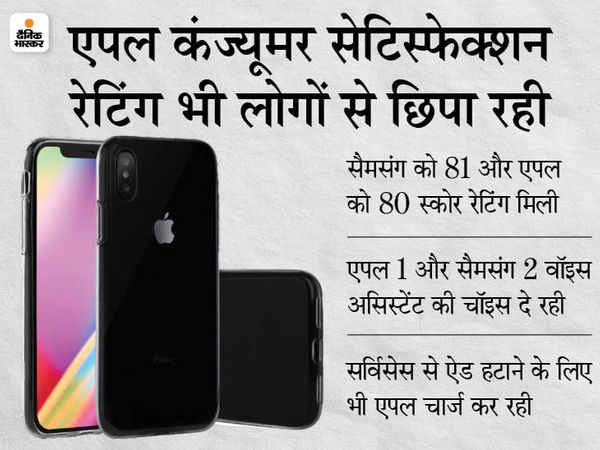 Apple has allowed to think monopolistically to eliminate even the basic products function. Apple has put in place a once-simple menu to remove ads from its services like Arcade, Fitness Plus, TV Plus, iCloud Storage, which can be removed only after membership. However, it eased the transfer of its iCloud photo library to Google Photos. At the same time, in iOS 14.5, we can ask Siri to listen to songs on the music streaming service Spotify instead of Apple Music.

Get apps and subscriptions from all stores

iMessage and FaceTime for all

Now WhatsApp voice calling will be done from Jio phone: By...

Rohit Rai - 9 June 2021
Hindi Newstech autoBy Updating The Old WhatsApp In The Phone, You Will Be Able To Use This FeatureNew Delhi3 hours agocopy linkThere are many...
Go to mobile version