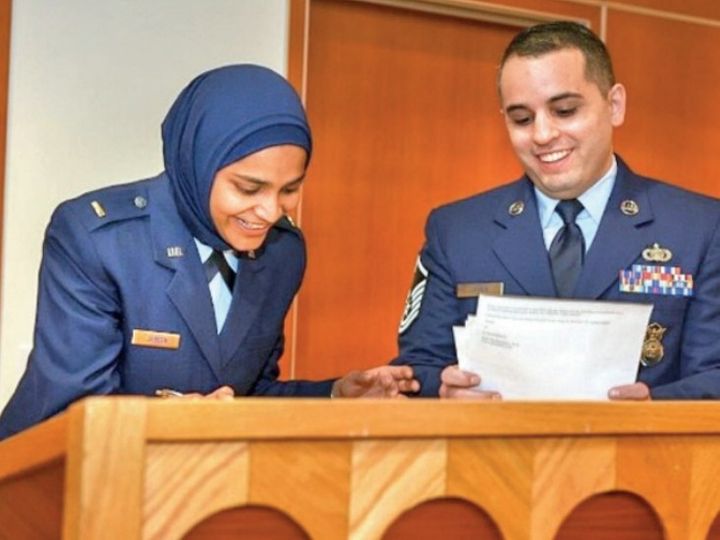 Saleha will advise in religious matters in the army.

Another Indian talent has got his iron in America. This is Saleha Jabeen. They are born and brought up in India. He has been given the responsibility of Chaplain (a person advising on religious matters) in the US Army. She is the first Indian Muslim woman to hold the responsibility. She is also the first female Muslim associated with the Chaplain status in the Ministry of Defense.

Saleha is a graduate of the Air Force Chaplin Course. He was appointed as a ‘Second Lieutenant’ at the ‘Catholic Theological Union’ in Chicago in December last year. According to the statement released by the US Army on Wednesday, their graduation ceremony was held on February 5.

On this occasion Saleha said, ‘I am proud to be appointed to this post. Now I can say that army can be a field of service for anyone. I have never had to compromise my religious faith. There are people around me who respect me. He is excited to work with me as a woman, religious leader and expatriate. I was offered many opportunities to acquire skills. That is why I got this responsibility of a successful officer and consultant in religious matters. Jabeen came to America 14 years ago to study.

Air Force Corps College Staff Chaplain Capt. Joan Richardson said, ‘Our objective is to create a frontline chaplain upon graduation. They have to be trained in such a way that they can offer spiritual services in their unit. The only goal is to look after each airman. When he (Chaplain) looks after the airmen professionally, the other sides of the jawans are left behind. The Air Force attempts to promote Chaplain Corps diversity.