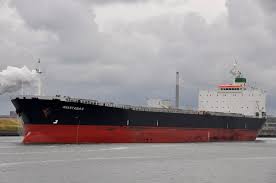 A total of 39 Indian sailors were stranded on two ships in China. Of these, 16 returned to India last month. The 16 will return on February 14. (Symbolic)

The Union government’s shipping minister Mansukh Mandavia said on Wednesday that Indian sailors stranded on a cargo ship in China for several days would return to the country on 14 February. All these sailors are on Italy’s cargo ship MV Anastasia. All 16 sailors left for Japan. They will return to India on 14 February.

Mandavia said via social media that the day started well. Our sailors stranded on MV Anastasia are returning. Now they will be able to meet their families again. Thanks to the Indian Embassy in China.

39 sailors stranded on two ships
A total of 39 sailors are stranded on two cargo ships in China. Of these, 23 have returned to India last month. The Indian Foreign Ministry had then told China in a statement – these sailors should be handed over to India in due time. For this, assistance should also be provided on humanitarian basis. China had intercepted these ships on the basis of coronavirus related restrictions. During this time, crew members also could not change.

Exam dates declared: 12th examinations of CICSE board will be from 8th April and 10th May 5th, result will be till July

Kisan agitation: Rakesh Tikait said – Silence of the government is indicating that something is going to happen against the movement

Mukul - 27 February 2021
Hindi newsNationalRahul Gandhi Said Congress Has To Win By A Two Thirds Majority To Stay Strong, If Wins By Margin It Is A Loss,...
Go to mobile version