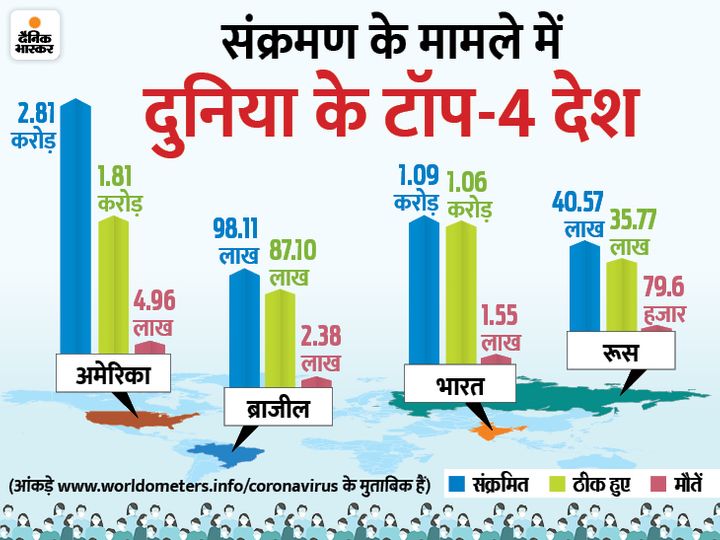 So far, about 1000 cases of new variants of Corona have been reported in 44 US states. According to the US Centers for Disease Control and Prevention (CDC), the maximum of 981 cases are from the new strain of Corona found in the UK. Apart from this, 13 cases are of South Africa and 3 cases are of Brazilian variant.

At the same time, 21,231 new cases of corona were reported in France on Saturday and 199 people also died. So far, 81,647 people have lost their lives due to infection, which is third in Europe after Britain and Italy. In the last 7 days, 10,037 new patients from Corona have been admitted to hospitals, of which 1,795 patients have been admitted to the ICU.

Vaccination of 28.88 lakh people so far
The French Ministry of Health said that so far 28 lakh 88 thousand 430 people have been given the first dose of corona vaccine in the country, while 6 lakh 39 thousand 899 people have received two vaccines. France aims to vacate the corona vaccine to people over 65 years of age by the end of May, and all adults are targeted to be vaccinated by the end of August.

10.9 crore cases so far
There are currently 109 million cases in the world. So far, a total of 24.05 lakh people have lost their lives due to the epidemic. The good thing is that 8.11 crore patients have also been cured.

Corona in the world: Despite new cases falling, lockdown in Israel...