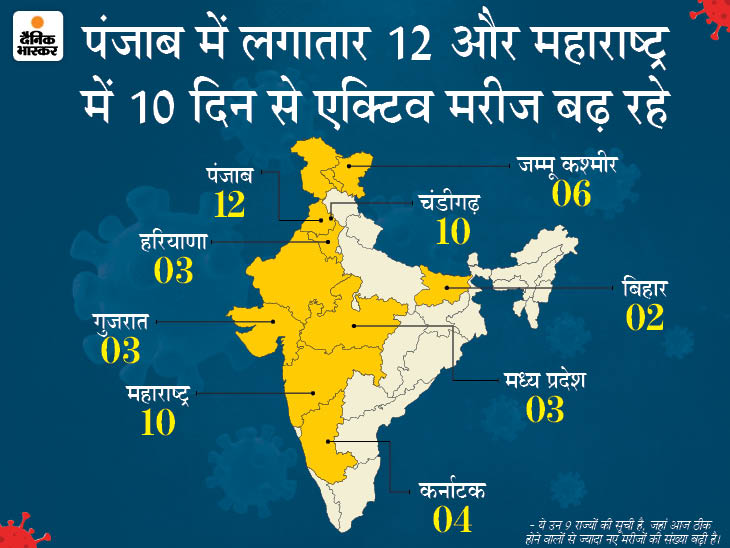 The crisis of Corona is again deepening in the country. Within the last 24 hours, 13 states and union territories were identified where more new corona patients were identified than recovery. Of these, the second wave of Corona has knocked in 4 states and union territories. These include Maharashtra, Punjab, Jammu Kashmir and Chandigarh. Active cases have been increasing for the last 10 days in Maharashtra, 12 in Punjab, 10 in Chandigarh and 7 days in Jammu and Kashmir. The situation in Kerala is now under control. The number of 2841 active patients has come down on Monday.

10 thousand new cases found, 13 thousand people recovered
After increasing the number of active patients for 5 consecutive days, Monday’s data provided some relief. Overall, more number of new cases were recovered. According to the Union Health Ministry, 10 thousand 493 people were found infected on Monday, while 13 thousand 230 people were recovered. 76 patients died. In this way the number of 2817 active cases was reduced. Till date 1.10 crore people have been infected, out of which 1.07 crore people have been cured. 1 lakh 56 thousand 498 patients have lost their lives so far. There are 1 lakh 44 thousand 332 patients who are undergoing treatment.

19 people lost their lives after vaccination
Vaccination drive has also intensified in the country. So far more than 1 crore 14 lakh health care and front line workers have been vaccinated. These include 75 lakh 40 thousand 602 health care workers and 38 lakh 83 thousand 492 front line workers. The Union Health Ministry said that after vaccination, 46 people had to be admitted to the hospital due to complaints of serious side effects. Out of these 26 people have been cured and discharged and one is under treatment. There were also 19 people who died. However, the cause of their death has been different. 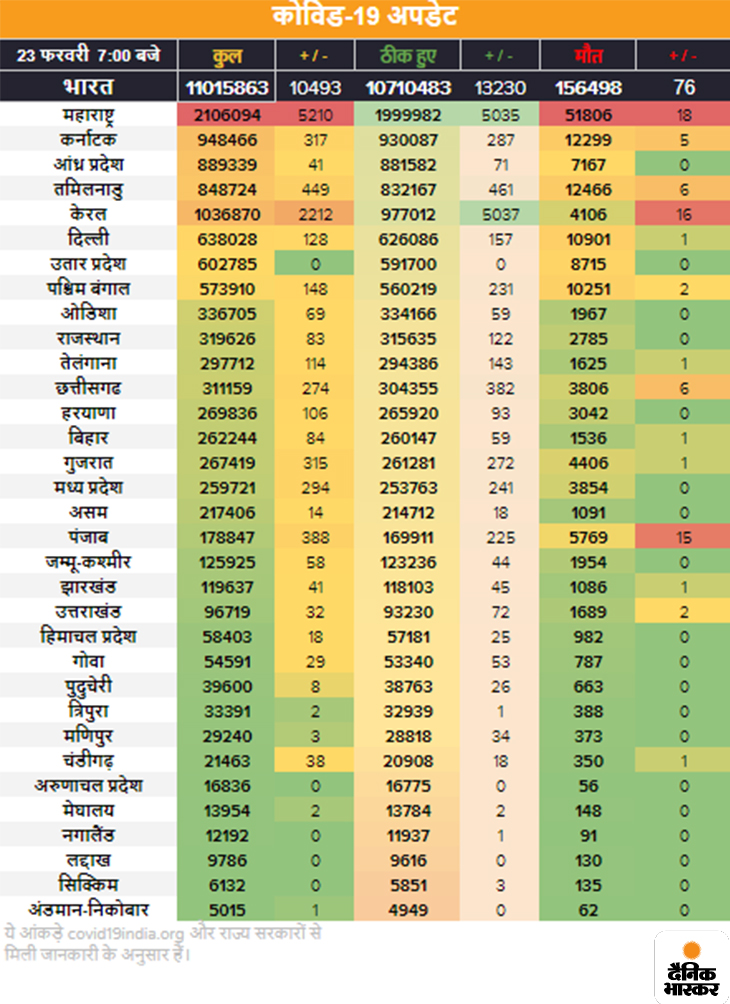 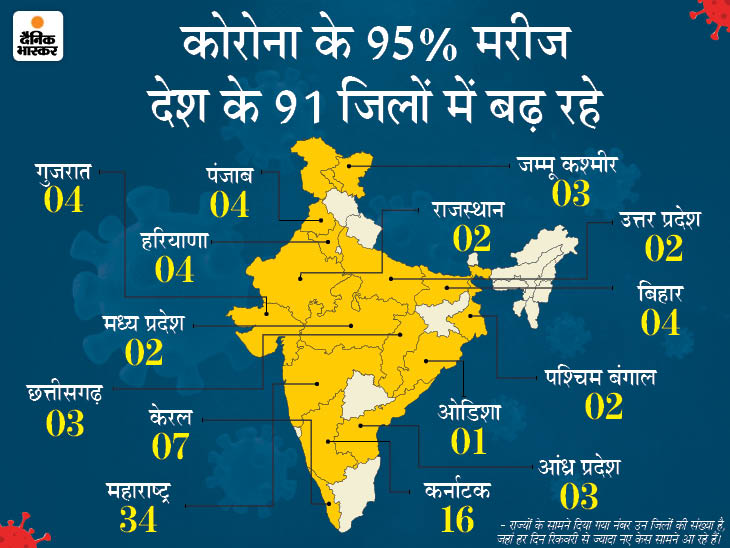 1. Maharashtra
In the state, 5,210 people were found corona infected on Monday. 5,035 patients recovered and 18 died. So far, 21 lakh 6 thousand 94 people have been affected by infection, out of which 19 lakh 99 thousand 982 people have been cured. 51 thousand 806 have lost their lives due to this epidemic. 51 thousand 113 patients are currently being treated.

4. Gujarat
315 people were found corona infected on Monday. 272 people recovered and one died. So far, 2 lakh 67 thousand 419 people have been infected. Of these, 2 lakh 61 thousand 281 people have been cured, while 4406 patients have died. There are 1,732 patients who are undergoing treatment.

5. Rajasthan
On Monday, 83 people were found corona infected in the state. 122 people recovered. So far, 3 lakh 19 thousand 626 people have been infected. Of these, 3 lakh 15 thousand 635 people have been cured, while 2,785 patients have died. There are 1,206 patients who are undergoing treatment.

Claim based on study: 65 glaciers in Lahaul will be converted...

Mukul - 12 February 2021
Hindi newsNational65 Glaciers Will Be Converted Into 360 Lakes In Lahaul, May Bring Destruction In HimachalFed up with Ads? Install Dainik Bhaskar app...
Go to mobile version