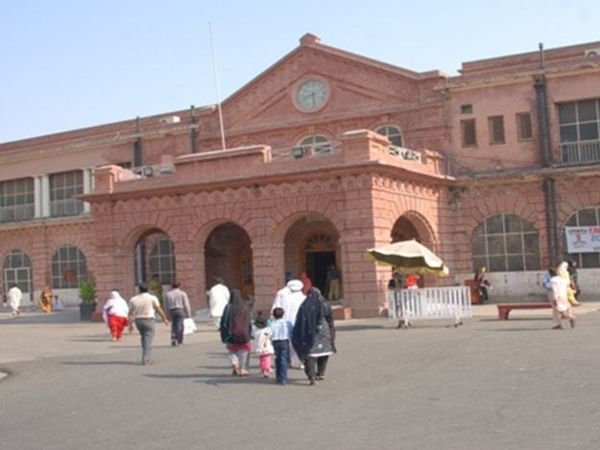 Mayo is the largest government hospital in Lahore. (file)

Imran Khan claims to create Naya Pakistan, but what is the condition of common people there? A bitter reality has come to the fore. A security guard performed surgery on the woman at the biggest government hospital in Lahore. The woman died a few hours later. Even when the matter came to the fore, the management was not ready to take the responsibility. The management said – it is such a big hospital, who should be monitored here. This is like impossible.

had back trouble
According to Pakistani media, the woman was 80 years old and her name was Shamima Begum. A few days ago the woman was admitted to Mayo Hospital in Lahore due to back pain. During this, a guard of the hospital performed the back surgery of this elderly woman. The name of the accused is Mohammad Waheed Butt. He had introduced himself as a doctor in front of the woman. Surprisingly, during this time Waheed also used the operation theater and the medical equipment there.

such a reality
As per the rules, Shamima’s family also paid the surgery bill to the hospital. Not only this, Waheed later went to the woman’s house and also did her dressing. But, when the bleeding and pain became unbearable, the family again brought him to the hospital. After coming here, he came to know the truth. The woman died on Sunday. Now trying to find out through autopsy what was the real cause of death.

On the other hand, the hospital management said – this is a very big hospital. Thousands of patients are treated. The staff is also very much. In such a situation it is very difficult to find out who is the guard and who is the doctor. The accused guard was evicted from here only two years ago. He was accused of extorting money from patients.