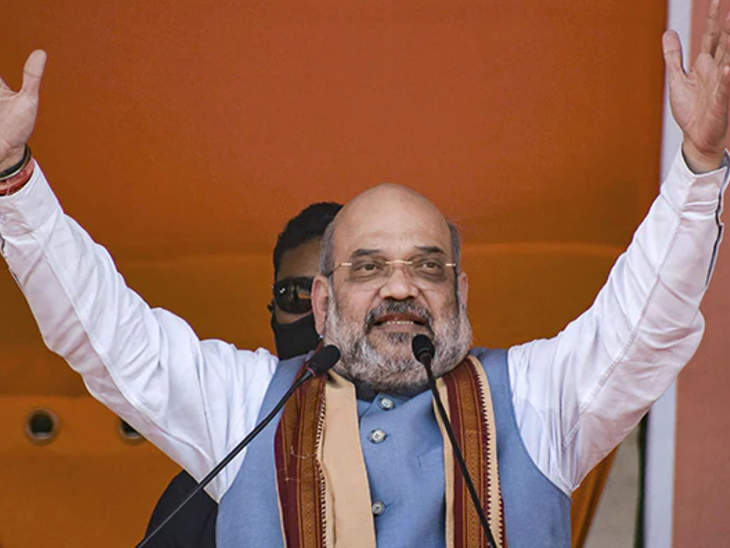 Home Minister Amit Shah’s visit to Assam has been canceled after the Naxalites attack in Sukma-Bijapur in Chhattisgarh. Shah was scheduled to hold 3 rallies in Assam on Sunday before the third and final phase of polling in Assam. Shah’s rallies were to be held at Sarbhog, Bhabanipur and Jalukbari.

He said that search operation is going on right now. There is a loss on both sides. I salute the family of the soldiers. The martyrdom of soldiers will not be allowed to go in vain. The Home Minister said that I was yet to hold two rallies in Assam but now I am canceling my tour after the Chhattisgarh attack. I am going back to Delhi now. I will meet there to review the situation.

Rahul Gandhi has been attacked in the past as well
Earlier in Jonai, Shah targeted Congress leader Rahul Gandhi. He had said that I want to ask Rahul Gandhi that on the one hand the Congress talks about saving the identity of Assam and on the other side it is contesting with the party of a person who promotes infiltration here. He asked the Congress the question, how will Assam’s identity survive?

Three phase election in Assam
Elections are to be held for Assam’s 126 seats in 3 phases. Voting was held on March 27 for the first phase and April 1 for the second phase. Voting is to be held on April 6 for the third and final phase in the state. Voting was held for 47 seats in the first phase and 39 seats in the second phase. Polling will be held in the third phase for the remaining 40 seats. The counting of votes will take place on 2 May.

Mukul - 13 April 2021
Fed up with Ads? Install Dainik Bhaskar app for news without adsPrayagraj4 hours agoCopy linkThe petition has challenged the verdict delivered by the...
Go to mobile version