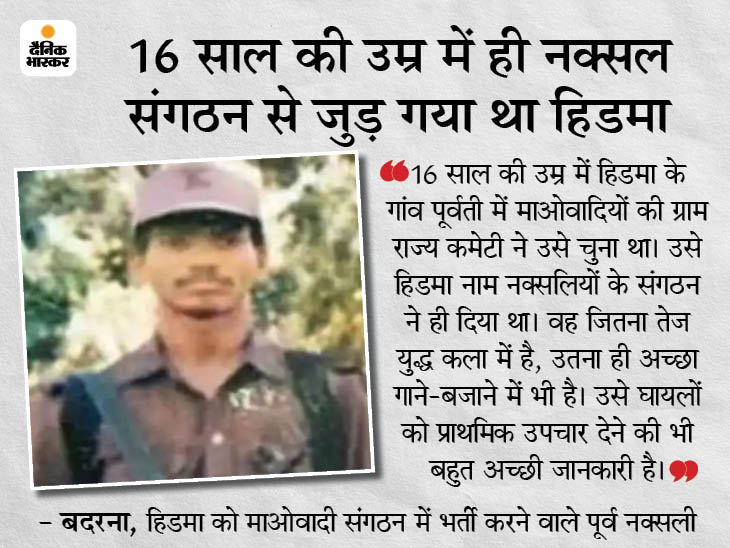 Madvi Hidma, the mastermind of the Naxalite attack on security forces in Bijapur, Chhattisgarh, is currently under discussion. Madavi Hidma was leading the Maoists in a clash between the security forces and the Naxalites on 3 April at Teklaguda village in Tarrem, on the border of Bijapur and Sukma district. This area is the stronghold of the Naxalites and is dominated by the battalion number one of the Maoists. The technical prowess of this battalion sets it apart from other Naxal battalions.

Hidma is the commander of this battalion operating in Bastar’s South Zone (Sukma, Bijapur and Dantewada). The news of Hidma’s death has been spreading, but his name comes up every time in a big crime. The police and the security force also do not have much information about Hidma. Dainik Bhaskar spoke to former Naxalite commander Badarna to find out about him. Badarna surrendered in 2000. Currently live in Jagdalpur. Actually, it was in 1996 that Badarna recruited Hidma into the Maoist organization. Badarna explains in detail his recruitment in the Naxalite organization and then reaching the Central Committee.

Naxalite recruitment at the age of just 16
How did Hidma come to Maoist organization? On this question, Badarna says, ‘At the age of 16, the village state committee of Maoists in his village Poorvati chose him. I had completed the recruitment process. He was accompanied by many more children. Among them was today’s famous Naxalite Paparao. Maoists for children have an organization called ‘Balal Sangam’. Hidma started with that. ‘
Badarna explains, “The slim, but tight-bodied Hidma was very fast-paced and learned things very fast.”

Because of his ability, he was made the president of the children’s wing ‘Balal Sangam’. Hidma, who came from the Gond community, had been married before joining the Maoist organization. I do not remember his real name properly, but the name Hidma was given to him by the organization. Madvi Hidma is known by many names in Bastar. Hidma alias Santosh alias Indmul alias Podiyam Bhima alias Manish. So what is his real name? Badrna says that his real name is hidden under the strategy. 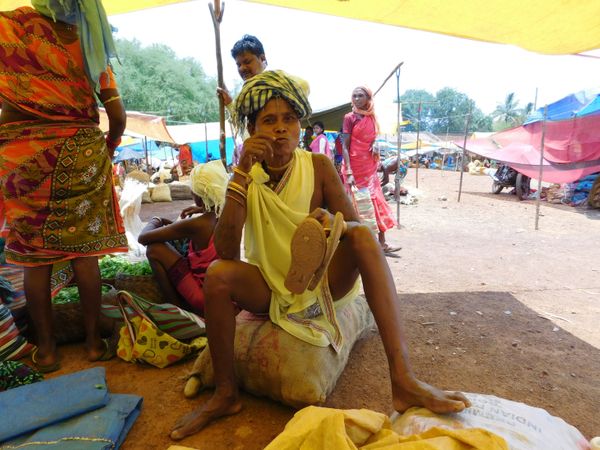 In Naxalite affected areas, Hidma is known as Santosh alias Indmul alias Podiyam Bhima alias Manish. No one knows what his real name is.

Maoists have their own education system and cultural committee. Here Hidma learned to sing along with studying. Learning to play revolution songs and certain types of instruments is part of the training of Maoists. Badarna explains, ‘The more Hidma was learning to embush, the better he was at playing instruments. His voice also has power. His speed can be gauged from the fact that he was also at the forefront of getting first aid education. ‘

After training, Hidma’s first posting was done in Gadchiroli, Maharashtra. “After the killing of 76 soldiers in Tadmetla in 2010, he was given important responsibility in the organization,” says Badarna. After this, Hidma also prepared the strategy of attack of Jheeram valley. The mastermind of the attack on Central Reserve Force in Burkapal, Sukma in 2017 was also the same. ‘ Badarna says, ‘He was far ahead of any Maoist of his age. However, when the strategy of attack is made, even more big commanders join it, but yes, Hidma stays ahead in planning the attack he leads.

Is Hidma alive or dead? Is he a man or just a designation

There is a lot of confusion about Hidma. Is he alive or dead? Is Madvi the only designation? These questions often arise. Many times in Maoists, after the death of a great fighter, the designation is fixed in his name. Maoist commanders, Ramanna and Bhupathi are in the same category. Even after their death, they carry their designation.

Badarna says about this, ‘I have not met Hidma right now, but he is alive, I know this. I saw him about 10 years ago. Then that was exactly what we recruited. At that time it must have been 30–31 years old. Now he will be 40-41 years old. No one knows the exact age of the person of the organization, because all these poor tribals are from home, they do not have a birth certificate. ‘ 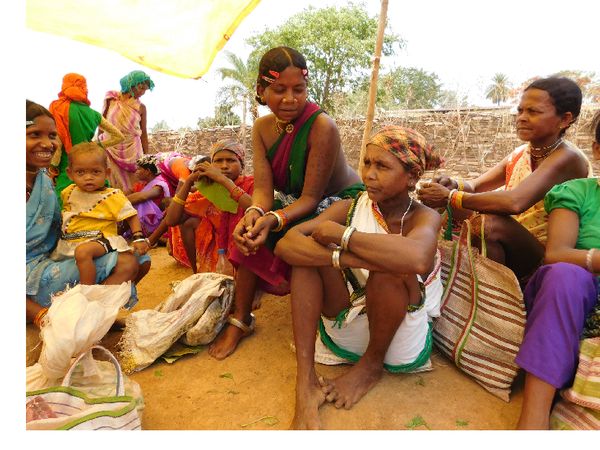 This is the Kistaram market of Dantewada. Hidma is said to have moved here, but the police could never catch him.

Specialist in dodging the police
Badarna says, ‘Hidma dodges the police several times. Dantewada has a local market, Kistaram. Many times the police got information that Hidma was coming. Police deployed. Hidma came there many times, but did not recognize him. The photo of him with the police is 25 years old. Apart from this, whether you become a commander or a soldier in the Maoists, everyone has the same standard of living. Therefore, it is not easy to identify him.

Technically knowledgeable Hidma makes video of every attack
If you ask any CRPF jawan posted in Bastar’s South Zone, he will tell. Hidma is tremendous in strategy of fighting because she has a lot of knowledge of modern technology. Badarna says, ‘This is absolutely true. He also loved technology as a child. He makes a video of each of his attacks so that the weak point and the strong point of that attack can be discussed later between the Maoist forces. ‘

After each attack, other people of the organization and everyone from the commander to the soldier who were involved in the attack watch this video and review it to find out where the mistake went and where we did better than before.

This road goes from Sukma to Burkapal. A few years ago there was a Naxalite attack.

Badarna explains that earlier the Maoist attacks were reviewed only on the basis of the conversations of the people involved, but now videos of most Naxal attacks are made. Badrna laughs and says, ‘Security forces don’t do that. Sitting in strategy AC there, he makes officers who do not go to the field to fight. And the soldiers who go to the field are simply instructed. After the struggle, only the officers sit to review the success or failure.

“I read in the media that Hidma knows Telugu, Tamil, Marathi, Hindi and fluent English,” says Badarna. Most Naxalites have little knowledge of Telugu, Tamil. Hidma was fast since childhood, so she knows these two languages ​​more than others. Her first posting was in Gadchiroli, Maharashtra, so she also knows Marathi. Hindi and the local dialect of Halbi is known to every Naxalite. Being from the Gond community, he also comes to Gondvi. The rest of his Maoists along with him have good English, but none at all. ‘

Corona’s impact on air travel: Hong Kong suspended flights to India after receiving infection cases, will be halted from April 20 to May 3