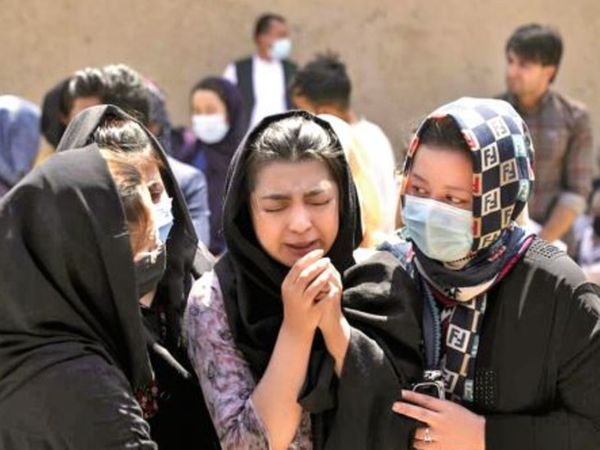 This was the fourth bus in Kabul to be blown up in the last 48 hours. 18 people were killed in these explosions.

There is a human rights organization- ‘Human Rights and Eradication of Violence’ based in Kabul, the capital of Afghanistan. According to its executive director Vadud Pedram, at least 1,200 thousand people have been killed in terror attacks since 2015.

In schools, weddings, mosques, sports clubs, they are being attacked everywhere. He says- ‘Last year terrorists attacked a maternity hospital. In this, 24 people, including newborn babies and their mothers from the Hazara community, died. Last month, a triple bomb exploded at the Syed al-Shahada school in the same area. About 100 people were killed in this. Most of the Hazaras were schoolgirls.’ Recent events corroborate Pedram’s point of view.

For example, last week, Adila Khyari from the Hazara community and her two daughters Hosnia and Meena went to the market to buy curtains. After some time a bomb exploded in a bus. Hosnia was seriously injured in this, while Maa and Mani lost their lives in the attack. Later he also died in Hosnia. This was the fourth bus in Kabul to be blown up in the last 48 hours. 18 people were killed in these explosions.

The allegation of the Hazara community – the government is discriminating

Most of the Hazaras here are Shia Muslims. That’s why they are the target of Muslim fundamentalists. The head of this community, Qatardullah Broman, says- ‘The government does not care for us. The future of our own people is in the dark.

Covaxin is powerful: This vaccine can also neutralize the delta variant...