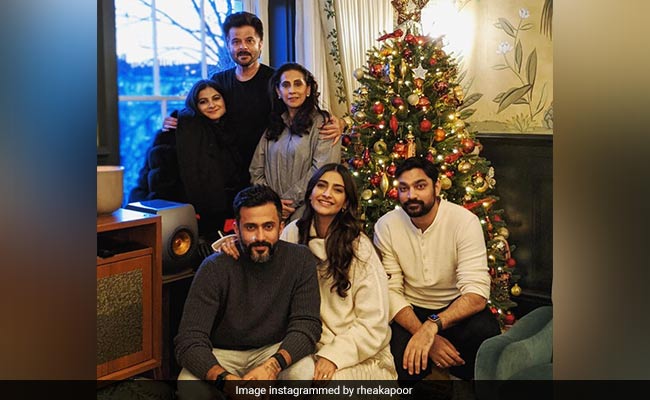 Happy birthday Anil Kapoor! The actor turned 64 on Thursday but as we all know, age is just a number for this fitness enthusiast. On Anil Kapoor’s birthday, his daughters Sonam and Rhea Kapoor lit up Instagram with adorable wishes for their dad. Sonam is currently living in London with her husband Anand Ahuja while Rhea is in Goa, celebrating Christmas with boyfriend Karan Boolani, who also posted a birthday wish for the actor. Sharing a picture of herself and Anil Kapoor, Sonam Kapoor wrote: “Happy birthday, daddy… you’re the most positive, kind, liberal human being, and we are blessed to have your values instilled in us. I miss you so much and I can’t wait to see you in the new year.”

Rhea Kapoor’s birthday post comprised a couple of photos from her family album and a sweet note for Anil Kapoor. “Happy birthday to my soul twin. Mentor. Friend. Dad. Competitor. Can’t live without you. #legendsonly,” read her post. Cool, no?

Karan Boolani posted some heart-warming memories featuring himself and the actor. His greeting read: “Wish you always catch the best light and look great in your close ups.. Always have your favourite takes in focus and Release your films on the luckiest days… happy birthday AK.”

Anil Kapoor is one of the fittest actors in Bollywood. He is best-known for films like Mr India, Parinda, Nayak, Virasat and Tezaab.

Priyanka Chopra offers glimpse of weekend spent with her dogs!