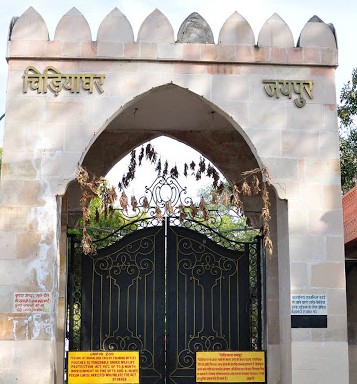 In Jaipur, it has been decided to reopen the closed zoo for tourists due to fear of increased bird flu last month. The zoo located at Ramnivas Bagh will be opened for tourists from 8 February. The zoo will be open from 9 am to 5 pm.

DFO Upkar Borana said that since the last time the bird got sick at the zoo on January 15, no bird has been sick here. In view of this, we have decided to open the zoo. He said that before January 11 to 15, there were cases of bird sickness and death, in which 10 common ducks, one block stork and 2 pelicans were infected. Out of this, 6 common ducks, one block stork and 1 pelican were killed.

So far, a total of 7 thousand 445 birds have died due to bird flu in the state. It has the highest number of crows, whose number is 5 thousand 110. The first case of bird death in the state came in Jhalawar district on 25 December. After that, its scope gradually expanded to 32 districts of the growing state. Udaipur has been the only district where no cases of bird deaths have been reported so far.

So far, bird flu has been confirmed in 17 districts

Bird flu has been confirmed in 17 out of 33 districts of the state. It is a matter of relief that just as there were cases of some chickens dying in the poultry farm in Kota, Bundi last month, there was a fear that this infection would not spread in the poultry farm. However, later a sample report of chickens and chickens in poultry came out negative.

Resignation of Uddhav’s minister: Forest minister Sanjay Rathod, who was engulfed in controversies over the suicide of Tiktok star, stepped down, saying – Opposition...

Congress and Left rally in Bengal: Adhir Ranjan Chaudhary said – Our alliance with secular forces will defeat TMC and BJP

Mukul - 18 February 2021
Hindi newsNationalDidi Said Bring Your Son Into Politics Too Shah, Contest Elections Against My Nephew Before MeFed up with Ads? Install Dainik Bhaskar...
Go to mobile version