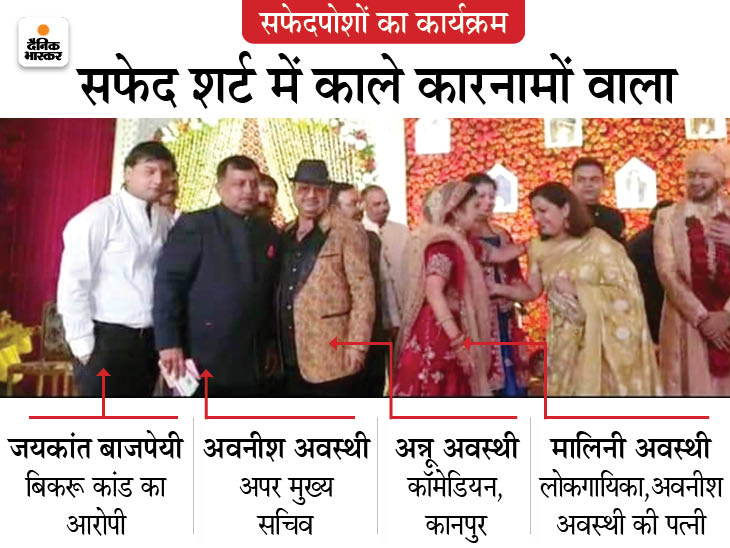 Forced retired IPS officer of Uttar Pradesh, Amitabh Thakur is a constant attacker against the government on social media. In one of his posts, he has accused the Chief Minister of Uttar Pradesh, Additional Chief Secretary Avnish Kumar Awasthi. He took to Facebook to photograph the involvement of Jayakant Vajpayee, the accused of the Bikeru scandal, at a family function of Avnish Kumar Awasthi. In his Facebook post, Amitabh Thakur accused Awasthi of having an affair with Vajpayee and also demanded an inquiry.

Posting on Facebook, Amitabh Thakur wrote, ‘IAS is a prominent accused of Bikeru scandal in white shirt next to him in a private function of Avnish Kumar Awasthi, jailed in Gangster Act, Jayakant Vajpayee. The invitation of the person accused of very serious cases like fake passport, fake arms license, money laundering and display of such proximity from both sides is a matter of investigation in the extremely private program of the head of the UP home department.

At the end of his post, Amitabh Thakur has demanded a probe tagging the Prime Minister’s Office, Government of India, Ministry of Home Affairs, Ministry of Personnel, UP Government and Chief Minister’s Office Uttar Pradesh. Earlier, Amitabh Thakur’s wife Nutan Thakur has also demanded an inquiry from the Union Home Department through his Facebook post. 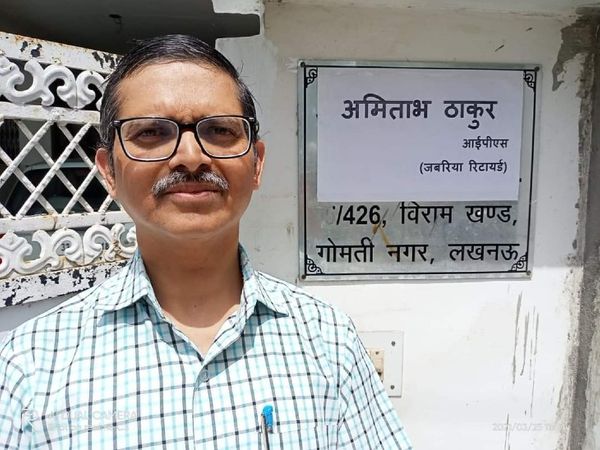 Amitabh Thakur had put up a board of forced retirees outside the house.

Amitabh Thakur is now bringing every action of the government to the public platform. Recently, he wrote on social media that he was given protection in 2016. She is abruptly withdrawn. This is not fair They are still in danger. He has also shared the letter in which the security personnel has informed him that he will no longer be under his protection. Not only this, when Amitabh Thakur was retired on 23 March, the same day his government car also left from him. 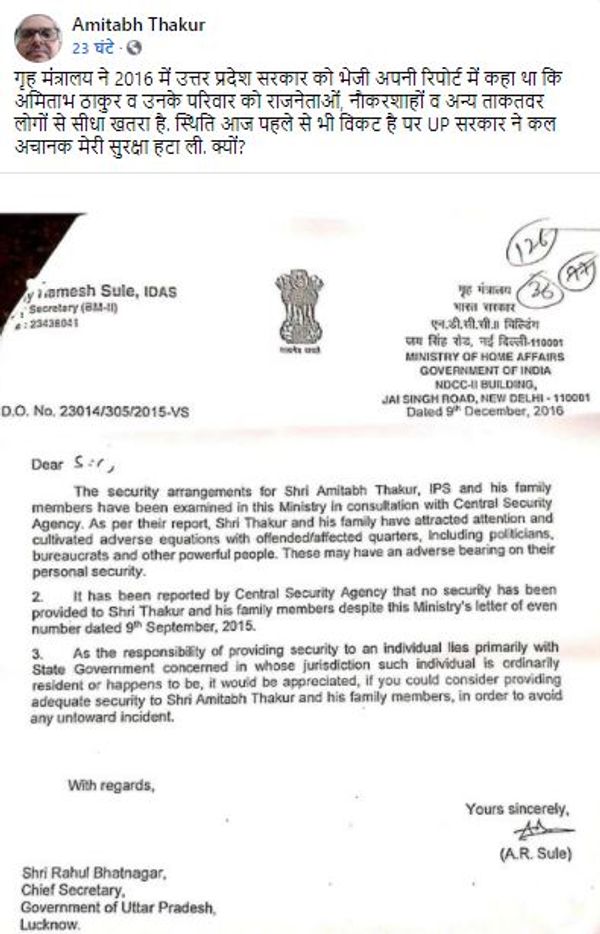 Amitabh Thakur has also written a letter to DGP HC Awasthi asking for a farewell dinner for himself. He has also shared the letter written to the DGP on social media. 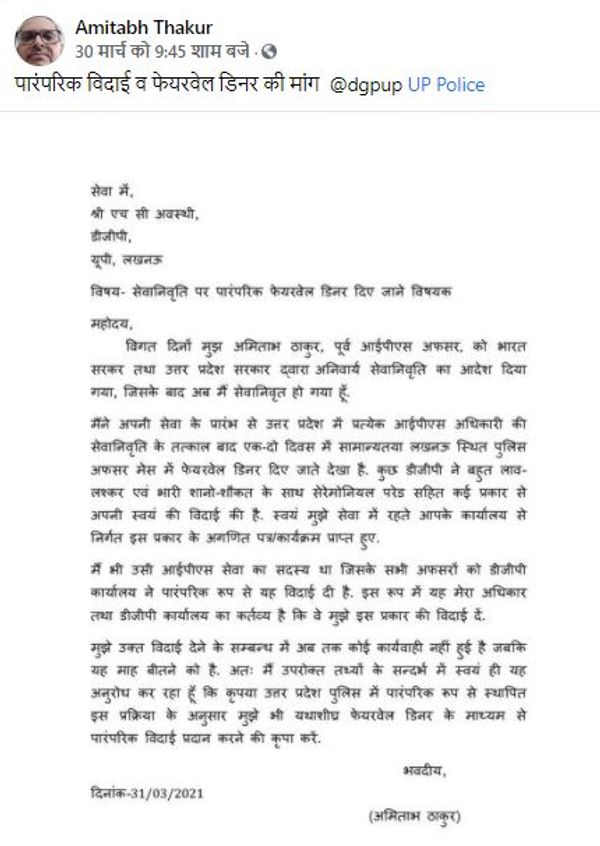 What did Amitabh Thakur say

Amitabh Thakur said that I have asked the government for the documents related to the reason for my retirement. If I meet him, I will go to court. IAS Avnish Awasthi’s picture posted so that it can be investigated in this case. Many people, including my wife Nutan, questioned this picture, but there was no investigation. I have been raising many issues on Facebook before. After retiring, I will be free from bondage. I am raising my point now.