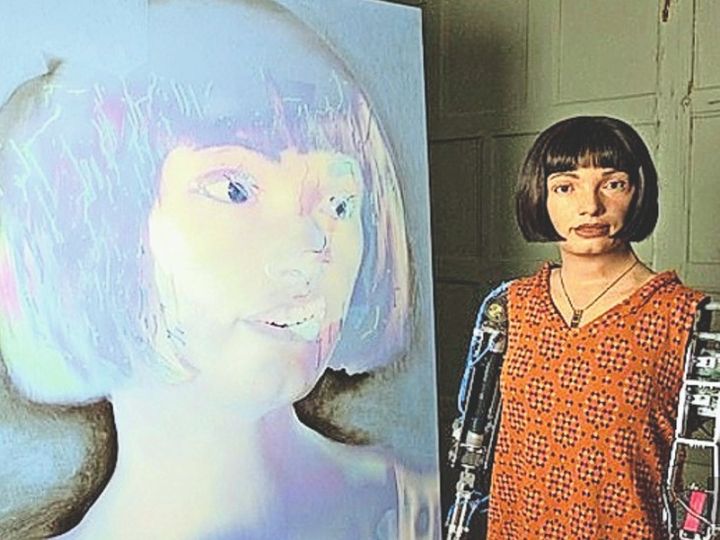 Engineers based in Leeds, England have built this robot.

I-Da beautiful looking woman is actually a robot. Not only robots, he is also a great painter. Recently he has done an amazing job. Looking at himself in the mirror, he made his painting. They have been in constant discussion since then.

The people who built it are named after Ada Lovelace, a 19th-century mathematician. It is the world’s first ultra-realistic robot that makes paintings using its eyes and hands. I-Da recently saw himself in the mirror to create his painting. Recorded all the coordinates. Analyzed him with Artificial Intelligence, then he put his picture on the canvas.

Mailer said that if it had an exhibition, we would also show drawings, paintings, sculptors, video art made by i-da. So that people can know what can be done by combining artificial intelligence, technology and organic life. 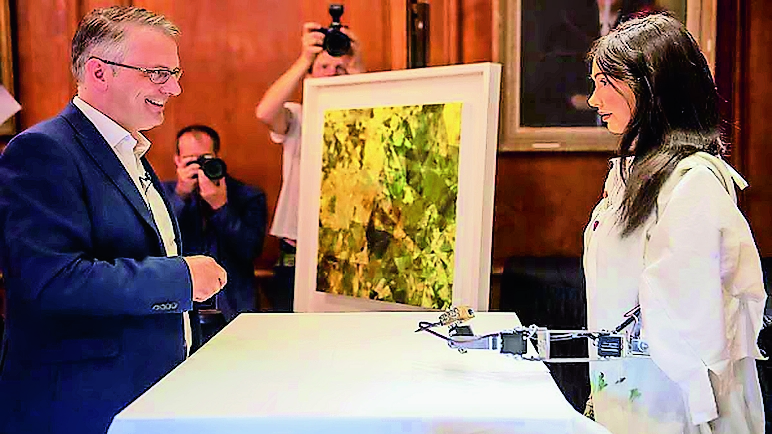 The painting exhibition of Robot i-Da will be held at the Design Museum in London in the month of May or June.

The owner of Oxford Art Gallery, Mailer gave the idea of ​​making robots
Engineers based in Leeds, England have built it, but the idea to build the robot came to Oxford Art Gallery owner Aidan Mailer and curator Lucy Seal. Lucy Seal said that in the present time and future people will go to technology based paintings.

Impeachment Against Trump: 6 Republican Senators Also With Biden’s Party, Despite...