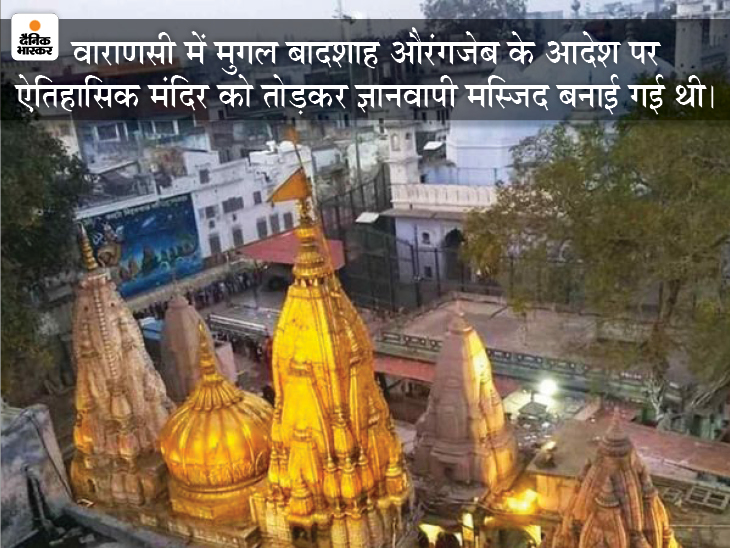 Archaeological survey has been approved in the case of Gyanvapi Mosque of Varanasi. The government will bear the expenses of the survey. Ashutosh Tiwari, the judge of the Varanasi fast track court, gave the verdict on Thursday. He has also ordered a commission for conducting the survey. Earlier, during the hearing on April 2, the decision was reserved after debate on both sides.

A petition was filed on behalf of Harihar Pandey demanding the survey. After the court order, Harihar Pandey, while talking to Bhaskar, said that this decision would clear the way for the removal of the Gyanvapi mosque from the Vishwanath temple complex. He said that this is a historic decision. We have fought a long battle for this.

At the same time, Syed Yasin, associated with the Intezamia Committee of the mosque, told Bhaskar that he would challenge the verdict in the High Court. He said that the committee will not allow anyone to enter the mosque to conduct the survey. Reacting to Yasin’s statement, Harihar Pandey says that the archeology department will come with security personnel, stopping them is just outside the mosque committee. Now the survey will also be done and the truth will also be revealed.

Reference to law made in 1991
On the orders of the Mughal emperor Aurangzeb, Gyanvapi Mosque was built by breaking the historic temple at Kashi. The Hindu community considers it to be its historical site. At the same time, Muslims consider it as their holy place. In 1991, the central government brought a law to maintain status quo in disputes related to all religious places. However, the Babri Masjid dispute in Ayodhya was excluded from the purview of this law.

Under this law, the dharmasthala which existed before 1947 will remain in the same condition. Anjuman Intejamia Masjid Varanasi says that the Gyanvapi mosque is also protected under this law. Any tampering of this mosque will be a violation of the law of the Central Government.