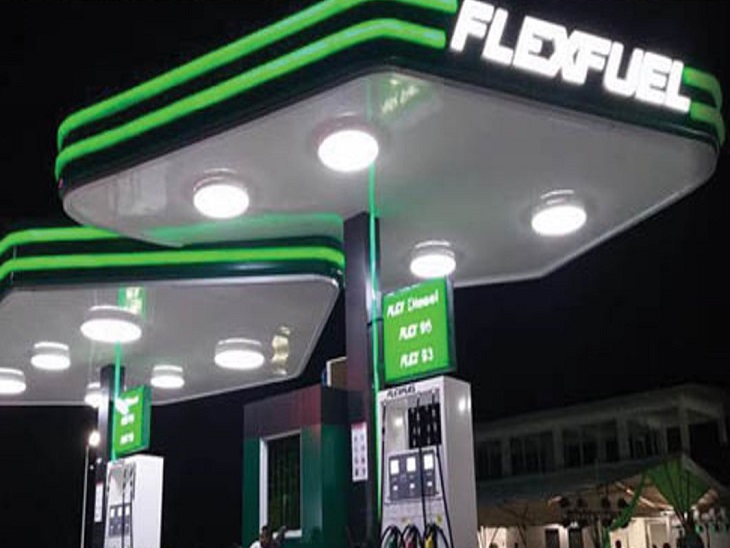 Union Minister Nitin Gadkari has said that in 3-4 months all car companies will be ordered to make flex-fuel engines mandatory. In such a situation, the question in the mind of many people is that what is this flex-fuel engine and how does it work? Today Automobile Expert Tutu Dhawan and FADA President Vinkesh Gulati are telling you about the Flex-Fuel Engine.

What are Flex Engines?
A variety of fuels can be added to the tanks of vehicles with flex fuel engines. The vehicle can be driven on petrol, a mixture of petrol and ethanol in any proportion or with pure ethanol. For this, changes are made in the fuel pump and control module in the petrol engine.

What are the benefits of using these engines?
The ethanol blended petrol used in this engine will cost Rs 60-62 a litre. That is, a saving of Rs 35-40 per liter. Dependence on fossil fuels will decrease and the level of pollution in the country will come down.

How much ethanol is added to petrol now?
In most states of India, 0 to 5% ethanol is currently mixed in petrol, in many states up to 10% is being mixed. The government has set a target of 20% ethanol blended fuel in the next two years. Later, vehicles running on 100% ethanol will be promoted.

Which Countries Already Have Flex Engines?
Such vehicles are quite in vogue in Brazil, America, Canada and Europe. In Brazil, the number of such vehicles has reached 80 percent.

Will Flex-Fuel Engines Make Cars Costlier?
This will increase the cost of vehicles, but how much will increase, it is not yet decided. Recently, the effect of converting from BS4 to BS6 has affected the auto companies. Any change in engine and technology will increase the financial burden on auto companies and customers. However, if fuel prices are lower, it will be beneficial in the long run.